The Sagan Medal recognizes outstanding scientific communication to the general public by an active planetary scientist. Durda was selected in honor of his numerous promotional activities, such as providing television commentaries, writing for popular science journals, and other projects involving education and public outreach. He is a well-known space artist and has internationally exhibited his art, often providing his work to illustrate books and news items in science magazines and web articles.

The DPS award commemorates the late astronomer Carl Sagan, who was known for exploring the grandeur of the universe in lectures, books, and on television as host of the science series, “Cosmos.”

“Considering that I am in this field because of Carl Sagan and Cosmos, this means more to me than I can find the words for,” said Durda. ”The planetary science community operates on the frontier of science and exploration. Being able to share my knowledge and help to popularize the amazing research results of my colleagues in the field is a great privilege.”

At SwRI, Durda studies the collisional and dynamical evolution of asteroids, the effects of cratering impacts on planets and asteroids, and the geologic properties and processes on their surfaces. Asteroid 6141 Durda is named in his honor. He is an active pilot and has served as flight astronomer for airborne astronomical imaging systems flown aboard NASA and military high-altitude aircraft.

Durda enjoys sharing his personal interests and expertise with the public. He holds multiple scuba and cave diving certifications, including full cave and cave recovery specialist, and has served as the Colorado and Arizona regional coordinator for the International Underwater Cave Rescue and Recovery team. He is an avid hiker, birder, and amateur naturalist.

DPS will present the Sagan Medal and a cash award at its 47th Annual Meeting in National Harbor, Md., this November. 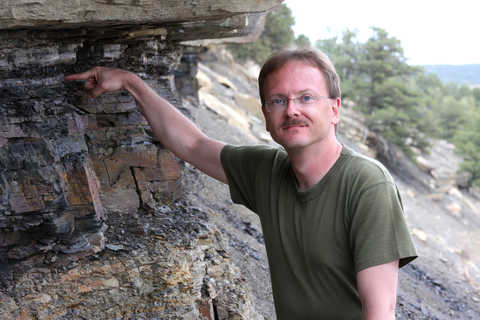