“I really want to share credit with the many developers, engineers, and scientists who helped design and implement our intelligent transportation technology, as well as the Institute for the internal research funds that helped develop ground-breaking innovations over the years,” Dellenback said.

He accepted the award at the WCX17: SAE World Congress Experience in the Cobo Center in Detroit. Established in 1996, the award is funded from an endowment contributed by Delco Electronics.

Dellenback has been leading SwRI’s efforts in transportation systems for more than 20 years. SwRI has developed advanced traffic management systems (ATMS) for eight states, and SwRI ATMS software is now deployed in over 45 control centers across the country. The software is owned by the states and standards are heavily utilized to implement field device communications as well as center-to-center communication.

Under Dellenback’s leadership, SwRI has also advanced the state of the art in connected and automated vehicles. SwRI has developed more than 15 different automated vehicle platforms ranging from golf carts to tractor trailers, and it develops enabling technologies for manufacturers, suppliers and the military throughout the world including both on-road and off-road autonomy efforts.

“Our expertise in ATMS enhances research in connected and automated vehicles,” Dellenback added. “These vehicles will communicate with traffic management systems to ease congestion and improve roadway safety.”

Dellenback serves as secretary of the ITS America’s Board of Directors. He also serves as the International Program Chair for ITS America and is a participant on multiple ITS standards organizations. He is a member of SAE and a senior IEEE member. 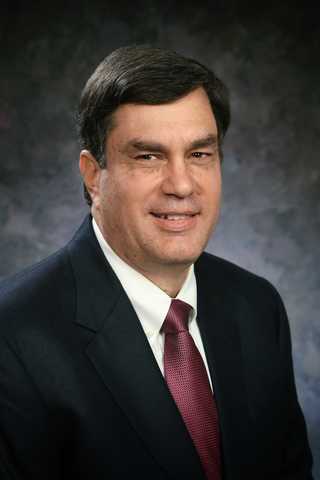