October 12, 2021 — Southwest Research Institute (SwRI) will provide research and engineering support to the Agile Combat Support Directorate, Electronic Warfare & Avionics Division of the Air Force Life Cycle Management Center through a contract worth up to $78.8 million. Under this 10-year Indefinite Delivery Indefinite Quantity (IDIQ) contract award, SwRI will continue its work supporting legacy Electronic Warfare (EW) weapon systems on a range of military aircraft in addition to addressing emerging challenges in the realm of EW. IDIQs are contract vehicles that allow for individual delivery orders for severable pieces of work to be funded and managed independently over specified periods of time.

Electronic warfare represents the ability of modern governments and entities to communicate, detect and protect warfighters against threats through manipulation of the electromagnetic spectrum.

“It’s imperative for our military to keep pace with technological changes,” said Winfield Greene, assistant director of SwRI’s Electronics Integration and Cyber Technology Department and the project’s lead. “We’re working with EW systems that protect our planes and keep our aircrews safe.”

Much of the work SwRI will perform under the IDIQ will be related to jammer systems, which use electronic signals to block an enemy’s radar and prevent them from using vital tools such as satellite positioning and communication systems. Almost all combat missions include jamming support.

“We’re going to work on externally mounted jammers as well as newer jammers that are installed inside the aircraft,” Greene said. “Much of our work will also focus on radar warning receivers, in addition to software maintenance and modifications.”

The contract also includes independent verification and validation testing, which allows SwRI to serve as an independent third party evaluating the functionality and reliability of military technology.

“A new challenge we’re facing is cognitive electronic warfare,” Greene said. “This is a new area, which utilizes artificial intelligence and machine learning to enhance weapon systems. It’s vital to maintain our competitive edge, because soon we’ll be facing adversaries that are using AI to make changes and adapt on the fly.”

Through the IDIQ, SwRI will test new radar technology aboard an aircraft next year, evaluating its performance and reliability in the air.

SwRI has a long history of developing technology to aid the U.S. in electronic warfare. In 2020, the Institute won an R&D 100 Award for SPARTA, or System Performance And Real-Time Analysis, an advanced tool that automates data analysis during tests of electronic countermeasure systems. In 2019, the Institute also won an R&D 100 Award for the AF-369 VHF/UHF Terrestrial Direction-Finding Antenna, a powerful, cost-effective antenna that provides accurate direction finding capabilities across a wide bandwidth. 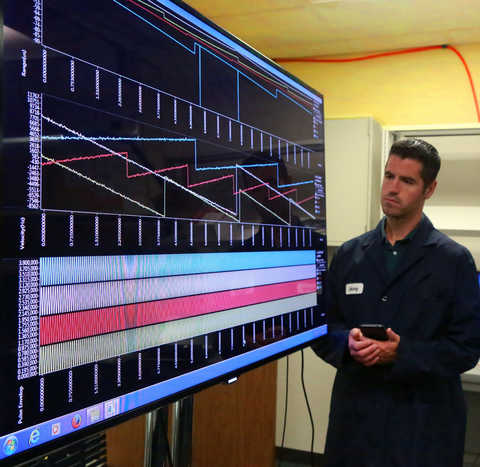