June 21, 2021 — To advance understanding of Earth’s nearest neighbor, NASA has selected three new lunar investigations, including a payload suite led by Southwest Research Institute. The Lunar Interior Temperature and Materials Suite (LITMS) is one of two packages that will land on the far side of the Moon, a first for the agency, as part of NASA’s Commercial Lunar Payload Services, or CLPS, initiative.

“With LITMS, we hope to get a better understanding of the thermal evolution, differentiation and asymmetry of the Moon,” said SwRI’s Dr. Robert Grimm, LITMS principal investigator. “This will help us interpret how the lunar crust, mantle and core formed. And we can contrast these far-side measurements with those done by the near-side Apollo missions to unravel the origin of ‘the Man in the Moon.’”

The moon is tidally locked, where one side is always facing Earth. The two sides of the Moon, the far and near sides, are remarkably different, in crustal thickness, composition and cratering. The near side we see contains an area of high volcanic activity where lava has frozen into dark “seas” called maria. Nearly two-thirds of the maria are on the western nearside of the Moon. Throughout history, people have linked the dark maria into fanciful shapes, including a “Man in the Moon” visage.

LITMS is headed to a far-side location chosen by NASA, specifically, to the 200-mile diameter Schrödinger basin, which is located in the ancient South Pole-Aitken basin. The suite includes two instruments: The Lunar Instrumentation for Thermal Exploration with Rapidity (LISTER) and the Lunar Magnetotelluric Sounder (LMS). LISTER measures heat flow using a pneumatic drill to probe up to 10 feet into the subsurface. LMS will determine the electrical conductivity of the Moon’s interior by measuring natural electric and magnetic fields.

“Joint measurements of heat flow and electrical conductivity allow us to separate the temperature and material dependence of each,” Grimm said. “This is our ‘litmus test’ for the lunar interior.”

LMS and LISTER are led by SwRI and Texas Tech University, respectively. The instruments were independently selected in an earlier CLPS solicitation. Grimm and LISTER principal investigator Dr. Seiichi Nagihara recognized the combined value of the two instruments and requested to co-manifest on the same flight. That mission is scheduled for landing in Mare Crisium on the nearside in 2023.

“From there, we combined forces to propose for the far-side lander,” Grimm said.

A seismometer suite led by the Jet Propulsion Laboratory was separately selected by NASA for the Schrödinger mission.

“LITMS and the seismic package are very complementary in providing a more complete picture of the lunar interior,” Grimm said. “Together, they are a pathfinder for a future lunar geophysical network, a global array of long-lasting instruments on the surface of the Moon.”

“These investigations demonstrate the power of CLPS to deliver big science in small packages, providing access to the lunar surface to address high-priority science goals for the Moon,” said Lori Glaze, director of NASA’s Planetary Science Division in the agency's announcement. “When scientists analyze these new data alongside lunar samples returned from Apollo and data from our many orbital missions, they will advance our knowledge of the lunar surface and interior, and increase our understanding of crucial phenomenon such as space weathering to inform future crewed missions to the Moon and beyond.”

LITMS is scheduled to launch in 2024. Key collaborators include the University of California, Berkeley, Heliospace Corp. and Honeybee Robotics, with scientific investigators from several institutions in the United States and United Kingdom. 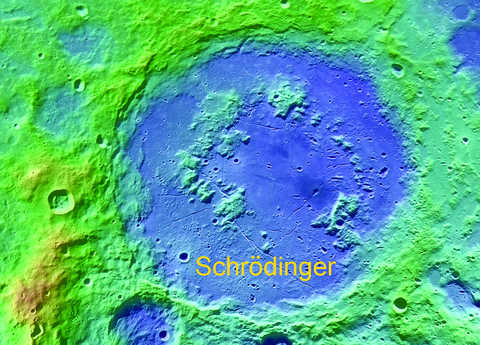