“This is an unexpected and major honor for which I am grateful to my many AGU colleagues who helped me over the years,” Burch said.

The medal honors Burch’s pioneering achievements and contributions to pushing forward the frontiers of Earth and space science, including contributions to fundamental investigations as well as unselfish cooperation in research.

“You have embodied AGU’s shared vision of a thriving, sustainable and equitable future for all, powered by discovery, innovation and action,” said Susan Lozier, AGU President, in a congratulatory letter to Burch. “And you did this with integrity, respect, diversity and collaboration while creating deep engagement in education and outreach.”

Burch is a renowned experimental space physicist who founded the first space science group at SwRI in 1977. That division, which now includes 450 staff members, is recognized as one of the preeminent space research organizations in the world. He has served on many panels and committees for NASA, AGU, the European Space Agency, the National Academy of Sciences and the American Institute of Physics.

As principal investigator of the current NASA Magnetospheric Multiscale mission, he designed a new plasma composition analyzer. The four MMS spacecraft fly in formation at the boundary of the Earth’s magnetosphere, performing experiments on magnetic reconnection. This explosive process converts magnetic energy to particle energy and is responsible for magnetic storms and auroras as well as solar flares and numerous other energetic phenomena throughout the universe.

Burch earned a bachelor’s in physics from St. Mary’s University, a master’s in research and development management from George Washington University and a doctorate in space science from Rice University. In 1995, he was elected a Fellow of AGU, and in 2001 he was chosen to give AGU’s Van Allen Lecture. In 2019, he was selected as a Rice distinguished alumnus.

AGU will confer the honor on December 15 at the AGU Fall Meeting 2021 in New Orleans, Louisiana. AGU is an international nonprofit, scientific organization representing nearly 60,000 members in 137 countries. 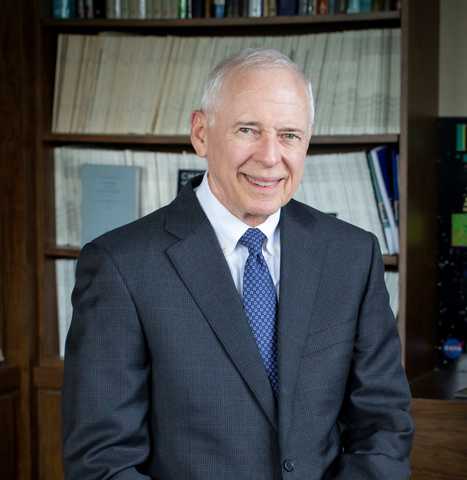