The CubeSat to study Solar Particles (CuSP) is one of a dozen shoebox-size payloads, called CubeSats, that will hitchhike into interplanetary space aboard EM-1, the first unmanned test flight of NASA’s giant new Space Launch System (SLS). The SLS rocket is designed to eventually carry astronauts to the Moon and Mars aboard the Orion spacecraft.

“This is a valuable opportunity to add to our knowledge of solar energetic particles and space weather by taking advantage of the SLS launch,” Desai said. Space weather, caused by interactions between the solar wind and the Earth’s magnetic field, can stress power grids and impact space technology. “CuSP will observe solar events in interplanetary space and give us significant insight into what drives space weather, helping scientists to improve their simulations.”

Originally known as CuSPP, for CubeSat to study Solar Particles over the Poles, the satellite was designed to fly in low-Earth orbit, studying solar particles near Earth’s poles. When NASA announced plans to fly CubeSats on SLS test flights, the team realized they had an opportunity to conduct interplanetary space weather research for a fraction of the usual cost. With a small amount of additional funding by NASA’s Heliophysics Technology and Instrument Development for Science program, the team is reconfiguring CuSP for interplanetary operations. 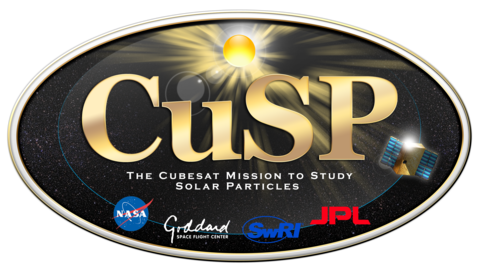