April 28, 2022 — Southwest Research Institute’s Dr. Hal Levison has been awarded the 2022 Dirk Brouwer Career Award by the American Astronomical Society’s Division on Dynamical Astronomy (AAS DDA). Levison is the co-author of the premier model used to predict the dynamical evolution of the outer solar system and currently serves as the principal investigator of NASA's Lucy spacecraft mission to the Trojan asteroids, which launched in October 2021.

“The DDA has always been near and dear to my heart,” Levison said. “I am thrilled to be recognized by them in this way.”

The Dirk Brouwer Career Award is given annually by the AAS DDA to recognize a major contributor to the field of dynamical astronomy who demonstrates excellence in scientific research, a proven impact and influence in their field, and excellence in teaching and training students. The awardee receives a $2,000 honorarium, a certificate and delivers the named lecture at the DDA annual meeting.

"Dr. Levison has made tremendous contributions to our understanding of the solar system's origin and dynamical evolution, and continues to pursue exciting, impactful research with an enthusiasm for creative discovery that is an inspiration to any scientist," said Dr. Robin Canup, assistant vice president of SwRI's Space Science and Engineering Division.

Levison is the author of numerous scientific studies about the long-term dynamical behavior of comets, the dynamics of objects in the Kuiper belt, the origin and stability of Trojan asteroids, and the formation of planets.

As the principal investigator of Lucy, Levison oversees the science mission over the next 12 years, as the spacecraft travels 4 billion miles to reach and explore the Jupiter Trojan asteroids, groups of small bodies trapped in stable orbits, forming two “swarms” that lead and trail the gas giant in its path around the Sun.

Levison, with Dr. Martin Duncan of Queen’s University, predicted the existence of the scattered disk, a collection of small, frozen objects on the edge of the solar system considered to be the place of origin for most periodic comets. He is the co-author of SWIFT, a freely available software package for integrating orbits of solar system bodies.

In 2005, Levison, in collaboration with scientists from around the world, published the “Nice Model” of the solar system. Its success at reproducing many of the observed features of the solar system has brought it wide acceptance as the most realistic solar system evolution model. Using this model, Levison and his collaborators proposed that the planets formed in a much tighter configuration than previously believed and later migrated into their current orbits due to gravitational interactions with each other.

Levison has a bachelor’s degree in physics from Franklin & Marshall College, as well as master’s and doctorate degrees in astronomy from The University of Michigan. He joined the SwRI staff in 1992. 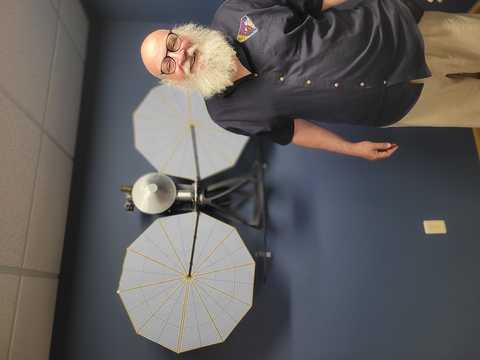