For a few hours on May 15, the Earth cast its shadow over the Moon. This total lunar eclipse was visible over much of the United States, but it was also visible from deep space. Despite being so far away, the Lucy spacecraft was able to use its high-resolution imaging instrument to watch the Moon pass into the shadow of the Earth, disappearing from view.

The Lucy spacecraft launched on October 16, 2021. It is currently traveling towards the Earth for a gravity assist on October 16, 2022, to help propel it on its journey to the Trojan asteroids. This previously unexplored population of asteroids that lead and follow Jupiter in its orbit around the Sun are “fossils” of planet formation; they likely hold important clues to help us understand the history of our Solar System.

Lucy’s L’LORRI instrument, a high-resolution, black-and-white camera made by the Johns Hopkins University Applied Physics Laboratory, took 86 1-millisecond exposures from 8:40 p.m. to 11:30 p.m. CDT on May 15 to create a time-lapse video of the first half of the total lunar eclipse.

“Capturing these images really was an amazing team effort. The instrument, guidance, navigation and science operations teams all had to work together to collect these data, getting the Earth and the Moon in the same frame,” said Acting Deputy Principal Investigator Dr. John Spencer, also from SwRI. “And all this had to be done while operating the spacecraft in a very tricky environment.”

The spacecraft was designed to operate at the Trojans, more than five times farther from the Sun than the spacecraft is now. Due to this much warmer thermal environment, the spacecraft only viewed the first half of the eclipse to avoid the risk of overheating the spacecraft. 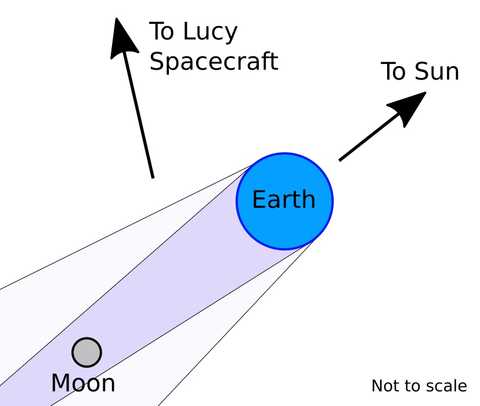 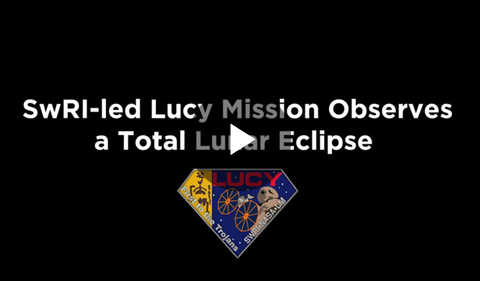