May 24, 2021 — On May 20, 2021, the Polarimeter to UNify the Corona and Heliosphere (PUNCH) mission achieved an important milestone, passing NASA’s Preliminary Design Review (PDR) of its spacecraft and payload experiments. Southwest Research Institute is leading PUNCH, a NASA Small Explorer (SMEX) mission that will integrate understanding of the Sun’s corona, the outer atmosphere visible during total solar eclipses, with the “solar wind” that fills the solar system.

“Passing PDR gets us one step closer to launch, verifying the design options, interfaces and verification methods for the mission,” said PUNCH Principal Investigator Dr. Craig DeForest of SwRI’s Space Science and Engineering Division. “In this challenging year, I’m so proud of this team for acing this important design cycle review, from refining the spacecraft design to actually building an engineering model of the Wide-Field Imager (WFI) instrument and other technology we need to image the solar wind as it leaves the outermost reaches of the Sun’s corona.”

SwRI’s Ronnie Killough, PUNCH project manager, elaborated on the challenges overcome. “PUNCH has had to conduct the entire preliminary design remotely — this is possibly an unprecedented accomplishment for a NASA mission and a testament to the strength and resiliency of the PUNCH team.”

The solar wind, a supersonic stream of charged particles emitted by the Sun, fills the heliosphere, the bubble-like region of space encompassing our solar system. Its boundary, where the interstellar medium and solar wind pressures balance, ends the sphere of the Sun’s influence.

PUNCH is a constellation of four small suitcase-sized satellites scheduled to launch in 2025 into a polar orbit formation. One satellite carries a coronagraph, the Narrow Field Imager, that images the Sun’s corona continuously. The other three each carry SwRI-developed WFI wide-angle cameras, optimized to image the solar wind. These four instruments work together to form a field of view large enough to capture a quarter of the sky, centered on the Sun.

“Just as in astronomy when a new telescope like Hubble opens a new window on the universe, PUNCH’s four satellites are going to visualize a mysterious process, imaging how the solar corona transitions into the solar wind,” said Dr. James L. Burch, vice president of SwRI’s Space Science and Engineering Division. “As an authority in heliophysics research, SwRI is not only leading the science of this mission but also building the spacecraft and three of the four sensors designed to let us see, for the first time, the birth of the solar wind.”

The SMEX program provides frequent flight opportunities for world-class scientific investigations from space using innovative, efficient approaches within the heliophysics and astrophysics science areas. In addition to leading the PUNCH science mission, SwRI will operate the mission and build the four spacecraft and three WFIs. The PUNCH team includes the U.S. Naval Research Laboratory, which is building the Narrow Field Imager, and RAL Space in Oxfordshire, England, which is providing detector systems for four visible-light cameras. 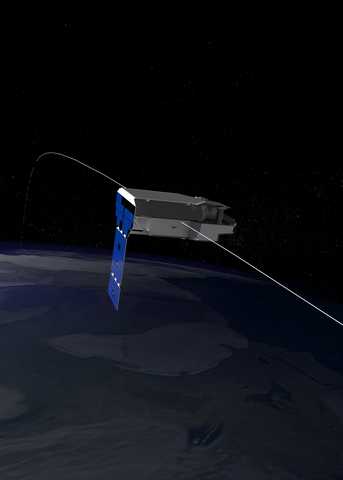