“The visible and infrared data look spectacular,” said SwRI senior research scientist Dr. Amir Caspi, principal investigator of the project. “We’re already seeing some surprising features, and we are very excited to learn what the detailed analysis will reveal.”

The team began initial analysis of the data gathered during the flights, showing clear images of the Sun’s outer atmosphere and thermal images of Mercury’s surface. Initial results are expected to be released in a few months and presented at the fall meeting of the American Geophysical Union in December 2017.

Total solar eclipses are unique opportunities for scientists to study the hot atmosphere above the Sun’s visible surface. The faint light from the corona is usually overpowered by intense emissions from the Sun itself. During a total eclipse, however, the Moon blocks the glare from the bright solar disk and darkens the sky, allowing weaker coronal emissions to be observed.

“This is the best observed eclipse ever,” said Dr. Dan Seaton, co-investigator of the project from the University of Colorado. “With the results from the WB-57s and complementary observations from space and other experiments on the ground, we have an opportunity to answer some of the most fundamental questions about the nature of the corona.”

The eclipse also provided an opportunity for scientists to study Mercury, which is notoriously difficult to image because of its proximity to the Sun. “The infrared images of Mercury were much brighter than we originally expected,” said Caspi. Using infrared observations in near darkness through very little atmosphere, the team received data enabling it, for the first time, to attempt to estimate the surface temperature distribution over the planet’s night side. “It will be incredibly interesting to dig into these data,” said Dr. Constantine Tsang, SwRI senior research scientist and a co-investigator on the project.

The team used stabilized telescopes with sensitive, high-speed, visible-light and infrared cameras aboard the research aircraft from an altitude of 50,000 feet, providing a significant advantage over ground-based observations. These are the first astronomical observations for the Houston-based WB-57Fs. Southern Research, of Birmingham, Ala., built the Airborne Imaging and Recording Systems (AIRS) and worked with the scientific team to upgrade its DyNAMITE telescopes onboard the planes with solar filters and improved data recorders and operating software.

“The pilots, instrument operators, and engineers did a phenomenal job getting us exactly the data we asked for,” said Caspi. “Achieving this quality of measurement required an enormous effort and precise timing, and everyone hit their mark exactly. I am honored to be part of such an exceptionally talented and professional team, and grateful for everyone’s dedication and hard work.”

The SwRI-led team includes scientists from the University of Colorado, the National Center for Atmospheric Research High Altitude Observatory, and the Smithsonian Astrophysical Observatory, as well as international colleagues at Trinity College Dublin in Ireland and the Royal Observatory of Belgium. 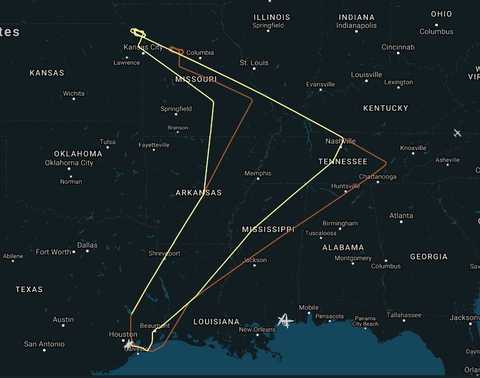 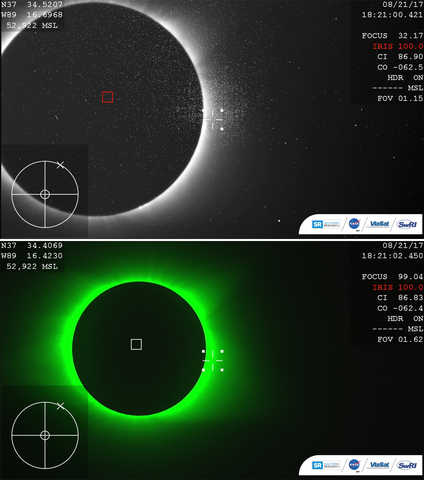 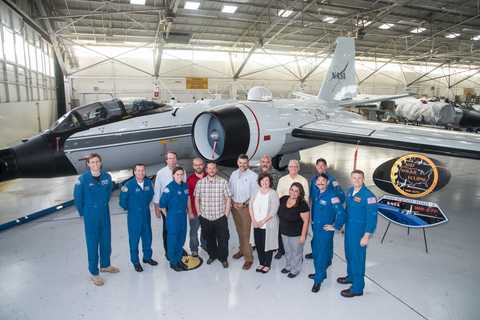