"In terms of accumulated dose, it's like getting a whole-body CT scan once every five or six days," said Dr. Cary Zeitlin, a principal scientist in SwRI's Space Science and Engineering Division and lead author of "Measurements of Energetic Particle Radiation in Transit to Mars on the Mars Science Laboratory," scheduled for publication in the journal Science on May 31.

"Understanding the radiation environment inside a spacecraft carrying humans to Mars or other deep space destinations is critical for planning future crewed missions," Zeitlin said. "Based on RAD measurements, unless propulsion systems advance rapidly, a large share of mission radiation exposure will be during outbound and return travel, when the spacecraft and its inhabitants will be exposed to the radiation environment in interplanetary space, shielded only by the spacecraft itself."

Two forms of radiation pose potential health risks to astronauts in deep space: a chronic low dose of galactic cosmic rays (GCRs) and the possibility of short-term exposures to the solar energetic particles (SEPs) associated with solar flares and coronal mass ejections. Radiation dose is measured in units of Sievert (Sv) or milliSievert (1/1000 Sv). Long-term population studies have shown that exposure to radiation increases a person's lifetime cancer risk; exposure to a dose of 1 Sv is associated with a 5 percent increase in fatal cancer risk.

GCRs tend to be highly energetic, highly penetrating particles that are not stopped by the modest shielding provided by a typical spacecraft. These high-energy particles include a small percentage of so-called heavy ions, which are atomic nuclei without their usual complement of electrons. Heavy ions are known to cause more biological damage than other types of particles.

The solar particles of concern for astronaut safety are typically protons with kinetic energies up to a few hundred MeV (one MeV is a million electron volts). Solar events typically produce very large fluxes of these particles, as well as helium and heavier ions, but rarely produce higher-energy fluxes similar to GCRs. The comparatively low energy of typical SEPs means that spacecraft shielding is much more effective against SEPs than GCRs.

"A vehicle carrying humans into deep space would likely have a 'storm shelter' to protect against solar particles. But the GCRs are harder to stop and, even an aluminum hull a foot thick wouldn't change the dose very much," said Zeitlin.

"The RAD data show an average GCR dose equivalent rate of 1.8 milliSieverts per day in cruise. The total during just the transit phases of a Mars mission would be approximately .66 Sv for a round trip with current propulsion systems," said Zeitlin. Time spent on the surface of Mars might add considerably to the total dose equivalent, depending on shielding conditions and the duration of the stay. Exposure values that ensure crews will not exceed the various space agencies standards are less than 1 Sv.

"Scientists need to validate theories and models with actual measurements, which RAD is now providing. These measurements will be used to better understand how radiation travels through deep space and how it is affected and changed by the spacecraft structure itself," says Donald M. Hassler, a program director at Southwest Research Institute and principal investigator of the RAD investigation. "The spacecraft protects somewhat against lower energy particles, but others can propagate through the structure unchanged or break down into secondary particles."

Only about 5 percent of the radiation dose was associated with solar particles, both because it was a relatively quiet period in the solar cycle and due to shielding provided by the spacecraft. Crew exposures during a human mission back and forth to Mars would depend on the habitat shielding and the unpredictable nature of large SEP events. Even so, the results are representative of a trip to Mars under conditions of low to moderate solar activity.

"This issue will have to be addressed, one way or another, before humans can go into deep space for months or years at a time," said Zeitlin. 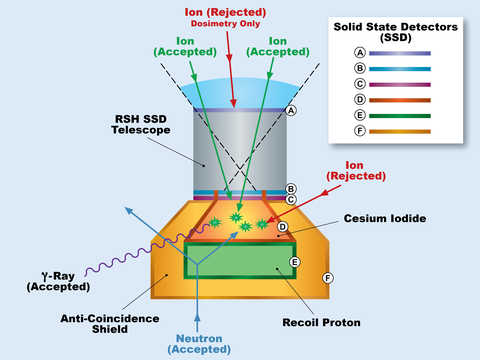 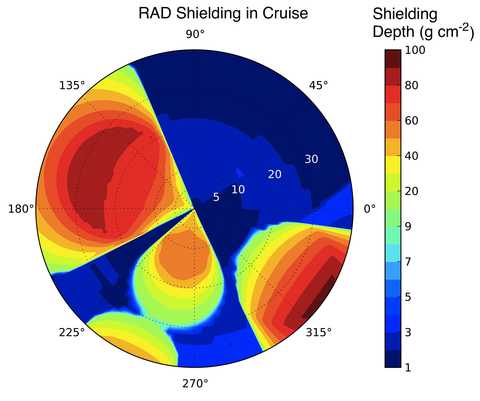 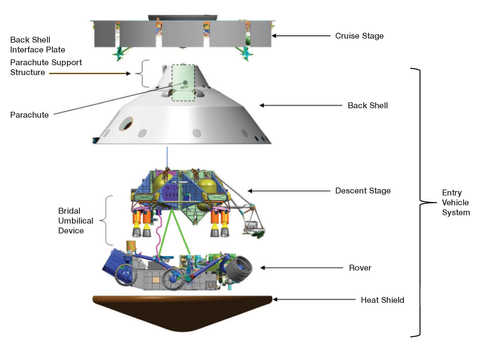 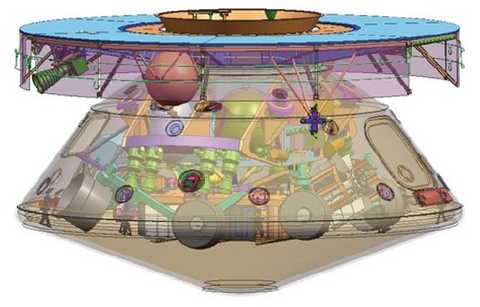 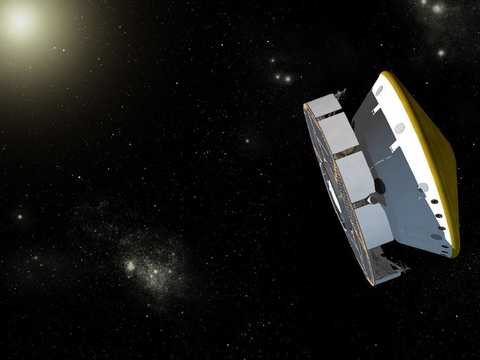