October 21, 2021 — A team led by Southwest Research Institute has updated its asteroid bombardment model of the Earth with the latest geologic evidence of ancient, large collisions. These models have been used to understand how impacts may have affected oxygen levels in the Earth’s atmosphere in the Archean eon, 2.5 to 4 billion years ago.

When large asteroids or comets struck early Earth, the energy released melted and vaporized rocky materials in the Earth’s crust. The small droplets of molten rock in the impact plume would condense, solidify and fall back to Earth, creating round, globally distributed sand-size particles. Known as impact spherules, these glassy particles populated multiple thin, discrete layers in the Earth’s crust, ranging in age from about 2.4 to 3.5 billion years old. These Archean spherule layers are markers of ancient collisions. “In recent years, a number of new spherule layers have been identified in drill cores and outcrops, increasing the total number of known impact events during the early Earth,” said Dr. Nadja Drabon, a professor at Harvard University and a co-author of the paper.

“Current bombardment models underestimate the number of late Archean spherule layers, suggesting that the impactor flux at that time was up to 10 times higher than previously thought,” said SwRI’s Dr. Simone Marchi, lead author of a paper about this research in Nature Geoscience. “What’s more, we find that the cumulative impactor mass delivered to the early Earth was an important ‘sink’ of oxygen, suggesting that early bombardment could have delayed oxidation of Earth’s atmosphere.”

The abundance of oxygen in Earth’s atmosphere is due to a balance of production and removal processes. These new findings correspond to the geological record, which shows that oxygen levels in the atmosphere varied but stayed relatively low in the early Archean eon. Impacts by bodies larger than six miles (10 km) in diameter may have contributed to its scarcity, as limited oxygen present in the atmosphere of early Earth would have been chemically consumed by impact vapors, further reducing its abundance in the atmosphere.

“Late Archean bombardment by objects over six miles in diameter would have produced enough reactive gases to completely consume low levels of atmospheric oxygen,” said Dr. Laura Schaefer, a professor at Stanford University and a co-author of the paper. “This pattern was consistent with evidence for so-called ‘whiffs’ of oxygen, relatively steep but transient increases in atmospheric oxygen that occurred around 2.5 billion years ago. We think that the whiffs were broken up by impacts that removed the oxygen from the atmosphere. This is consistent with large impacts recorded by spherule layers in Australia’s Bee Gorge and Dales Gorge.”

SwRI’s results indicate that the Earth was subject to substantial numbers of large impacts throughout the late Archean era. Around 2.4 billion years ago, during the tail end of this bombardment, the Earth went through a major shift in surface chemistry triggered by the rise of atmospheric oxygen, dubbed the Great Oxidation Event (GOE), which is attributed to changes in the oxygen production-sink balance. Among the proposed scenarios are a presumed increase in oxygen production and decrease in gases capable of removing oxygen, either from volcanic sources or through their gradual loss to space.

“Impact vapors caused episodic low oxygen levels for large spans of time preceding the GOE,” said Marchi, who also recently published a book about colliding worlds. “As time went on, collisions become progressively less frequent and too small to be able to significantly alter post-GOE oxygen levels. The Earth was on its course to become the current planet.”

“Delayed and variable late Archean atmospheric oxidation due to high collision rates on Earth” was published today in Nature Geoscience and can be accessed at: doi 10.1038/s41561-021-00835-9 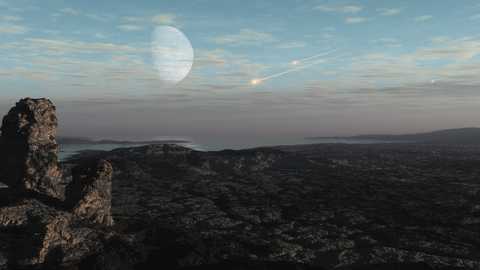 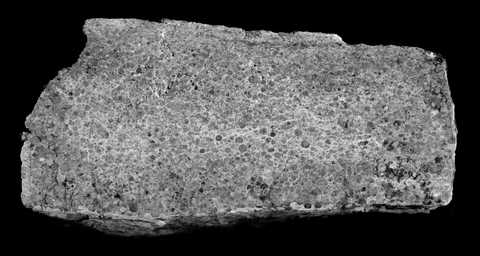 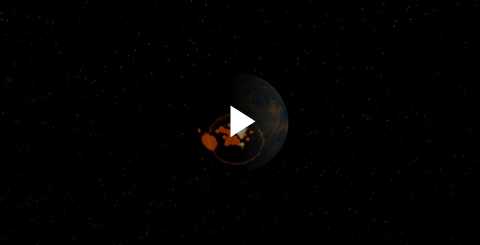