November 26, 2019 — Southwest Research Institute President and CEO Adam L. Hamilton, P.E., has been named a Fellow of the American Association for the Advancement of Science (AAAS). Honorees, recognized for their distinguished efforts to advance science or its applications, are elected by the organization’s council, the policymaking body of the association.

“It is an extraordinary honor to be recognized as an AAAS Fellow and to have been nominated and chosen for this distinction by my esteemed peers,” Hamilton said. “This award, a long-standing and highly regarded tradition in the scientific community, also acknowledges the innovations developed at SwRI to benefit government, industry and all of humankind.”

AAAS is honoring Hamilton for his distinguished contributions to applied science and engineering. In addition to acknowledging his leadership at SwRI, the distinction recognizes his role in establishing research company Signature Science, LLC, in Austin, Texas, a wholly-owned subsidiary of SwRI, where he served as founding president from 2001 – 2014.

Association members can be considered for the rank of Fellow if nominated by three Fellows, by the association’s chief executive officer or by the steering group of an AAAS section, which represents a particular field of interest. Hamilton was nominated through the Chemistry Section.

“The Chemistry Section is proud to call Adam L. Hamilton one of its 2019 AAAS Fellows,” said Vicki H. Grassian, chair of the Chemistry Section Steering Group. “He is an individual who has substantially advanced science through his activities in management and oversight. Because of his accomplishments, he serves as an important spokesperson for science and technology.”

The tradition of naming AAAS Fellows began in 1874. This year, 443 association members were chosen to receive this honor. New Fellows will be recognized at the Fellows Forum during the 2020 AAAS Annual Meeting in Seattle, on February 15.

The American Association for the Advancement of Science is the world’s largest general scientific society and publisher of the journal Science. The nonprofit, founded in 1848, includes more than 250 affiliated societies and academies of science, serving 10 million individuals. 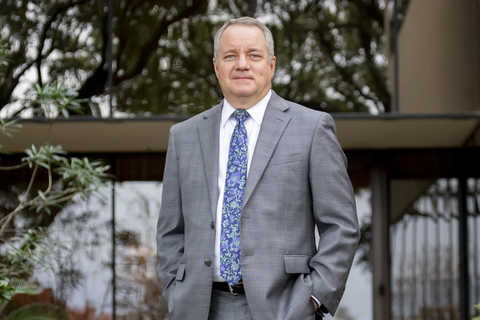