April 5, 2021 — Southwest Research Institute will study the effects of aging on military aircraft through a contract worth up to $99 million with the United States Air Force. This Indefinite Delivery Indefinite Quantity contract award supports the U.S. Air Force Academy Center for Aircraft Structural Life Extension (CAStLE), an Air Force program to address aging aircraft structures and material degradation. IDIQs are contract vehicles that fund work tasks over specified periods of time, in this case up to eight years with a five year ordering period.

“I’m very proud that our decades-long relationship with the U.S. Air Force will continue through this new contract, and excited to see what new challenges our team at SwRI will tackle,” said Tim Fey, director of SwRI’s Structural Engineering Department.

SwRI has provided technical engineering support to the Air Force for several decades, including supporting aircraft that have exceeded their design life, such as the A-10 Thunderbolt II, which came into service in the late 1970s, and the T-38 Talon, which was introduced in 1961. SwRI has supported sustainment for aircraft subsystems, including propulsion, avionics, electrical, mechanical, electromechanical and hydraulics technology, in addition to solving problems associated with information security and electronics systems.

“This new contract will be a continuation of our work with the Air Force and CAStLE, maintaining these aircraft, developing testing methods and determining how often they need to be inspected to ensure that they’re safe to fly,” said David Wieland, manager of SwRI’s Aerospace Structures section and the IDIQ program manager.

The central focus of the contract is the structural integrity of aging military aircraft. SwRI engineers and their team members will perform a wide variety of structural integrity activities, including component testing, full scale testing, usage monitoring, stress analysis, damage tolerance analysis, as well as characterizing aircraft materials to better understand how cracks originate and how quickly they grow. The work will also include teardowns inspections and material failure analysis to ensure the integrity of the aircraft and assess risk.

“This work really requires constant vigilance,” said Hill AFB Program Manager Paul Clark, another of the project’s leaders. “Without that, these aircraft could go into a state of unknown airworthiness, and the only solution is to ground everything or fly with unknown risk.”

SwRI’s structural integrity work for the Air Force began in the early 1970s. Since then, the Institute has developed tools such as NASGRO software, a collaboration with NASA that can analyze fracture and fatigue crack growth in structures and mechanical components. SwRI has developed flight data recording system to help engineers understand the structural stresses associated with various flight maneuvers. SwRI data recorders are currently flying on T-38 and A-10 aircraft. SwRI has also developed specialized inspection probes and NDI systems such as those being used to inspect through bushings without removal and the SwRI-patented magnetostrictive (MsS) sensors flying on A-10 aircraft to provide ongoing structural health monitoring.

“The work continues to evolve,” Clark said. “There are always opportunities to sharpen the pencil. Even though this contract is a continuation of work that has been ongoing for many years, there’s always something new and challenging.” 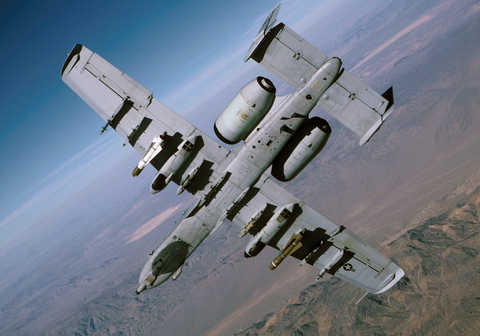