Presented at the 28th International Symposium on Ballistics in Atlanta Sept. 22-26, the honor is awarded by the Society’s members “to those who have distinguished themselves within the ballistics community through outstanding and numerous significant contributions.” The honor is a step above Fellow; both Anderson and Johnson also are Fellows of the IBS.

Anderson was recognized for outstanding research in terminal ballistics. The award citation reads: “He has contributed a complex understanding of the fundamental physics of penetration mechanics and provided ongoing analytic support for the modeling and implementation of armor designs. He has shared this understanding by making a significant contribution to the education and development of ballisticians around the world.”

Johnson was honored for his outstanding research in developing material models and numerical simulation techniques. “He has made a seminal contribution to define the role of material behavior in ballistic impact and penetration mechanics. He has pioneered the use of numerical simulation in ballistics science and continually developed and expanded the ability of modeling to describe the complex phenomena observed in terminal ballistics,” the award states.

“This is a very prestigious award that recognizes both Charlie and Gordon for their important contributions to ballistic science and the technical community,” said Danny Deffenbaugh, vice president of SwRI’s Mechanical Engineering Division. “It’s recognition that’s well deserved for their long and sustained accomplishments to this vital and critical area of research.”

Anderson, who joined the SwRI staff in 1980, is director of the Engineering Dynamics Department in SwRI’s Mechanical Engineering Division. An acknowledged expert in penetration mechanics, warhead mechanics and hypervelocity impact, Anderson is internationally recognized for his technical contributions and leadership in combining numerical simulations with experimental data to develop advanced models of the response of materials to shock, impact and penetration.

He has served on several advisory committees, including The National Academies Army Research Laboratory Technical Assessment Board’s Panel on Armor and Armaments, and was a member of a National Academies study that evaluated the research program of the National Institute of Justice. He is a Fellow of the American Physical Society and an Associate Editor of the International Journal of Impact Engineering. In 2000 he received the Hypervelocity Impact Society (HVIS) Distinguished Scientist Award. He currently serves on the Board of Directors of HVIS and has served as its president, past president and publications chairman. He is a member of the American Association for the Advancement of Science, Sigma Xi, American Ceramics Society and American Physical Society. He is the author or co-author of more than 300 papers and reports and holds three U.S. patents. He received a best paper award at the 1992 Hypervelocity Impact Symposium and a best poster award at the 17th International Symposium on Ballistics.

Johnson, who served as a consultant to SwRI for several years before joining the staff in 2007, is a program director in SwRI’s Computational Mechanics Section, in Minneapolis. His expertise is developing computational algorithms and material models for intense impulsive loading problems caused by high-velocity impact and explosive detonation. He is the originator and principal developer of the Lagrangian EPIC code, a research and production code used by U.S. Department of Defense and Department of Energy laboratories as well as universities and industry. He also has been involved in developing computational materials models used in the U.S. and the international community.

Johnson is the author of numerous journal publications, symposia papers and reports and received best paper awards at the 2004 and 2010 Army Science conferences. He has served on the National Academies Committee for Safety and Security of Commercial Spent Nuclear Fuel Storage and the National Academies Committee for Opportunities in Protection Materials Science and Technology for Future Army Applications. Johnson is a member of the HVIS, serving as a founding member of the Board of Directors and co-chairman of the Educational Outreach Committee. In 2007 he received the HVIS Distinguished Scientist Award. 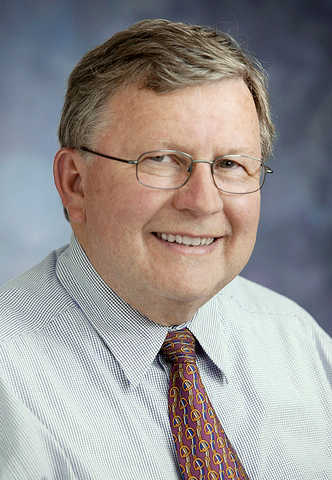