“At first scientists focused on temperatures, looking for exoplanets in the ‘Goldilocks zone’ — neither too close, nor too far from the star, where liquid water could exist,” said Dr. Natalie Hinkel, a planetary astrophysicist at SwRI. “But the definition of habitability is evolving beyond liquid water and a cozy temperature.”

The planets also need the building blocks for life (such as hydrogen, carbon, nitrogen, oxygen and phosphorus) as well as a rocky composition (including elements such as iron, silicon and magnesium) for a planet to be habitable. Plus, active geochemical cycles are necessary to distribute these elements around the world. As seen on Earth, a protective atmosphere is also a necessity for life.

“With current technology, we can’t measure the composition of an exoplanet’s surface, much less its interior,” Hinkel said. “But we can measure the abundance of elements in a star spectroscopically, studying how light interacts with the elements in a star’s upper layers. Using these data, scientists can infer what a star’s orbiting planets are made of, using stellar composition as a proxy for its planets.”

Hinkel built a publicly available database, called the Hypatia Catalog, to help researchers explore thousands of stars, as well as potential star-exoplanet systems, observed over the last 35 years. It’s the largest database of stars and their elements for the population within 500 light years of our Sun. At last count, Hypatia had stellar chemical abundance data on 6,156 stars, 365 of which are known to host planets. The database also catalogs 72 stellar elements from hydrogen to lead.

“The Hypatia Catalog and other large databases of stellar chemical abundances open up a new age of exoplanet exploration,” Hinkel said. She was part of a team of scientists that recently modeled water in planets orbiting the nearby star TRAPPIST-1. “We found that a few of the planets, including one in the habitable zone, are likely ‘water worlds,’ composed of 5 to 25 percent water, which would strongly affect their habitability. By comparison, Earth has 0.02 percent water.”

Next, Hinkel is working with a variety of machine learning algorithms to explore the unseen ways the presence of a planet may influence the chemistry of the host star.

The American Scientist September-October issue included an article by Hinkel titled “Big Data on Exoplanet Composition,” featuring the Hypatia Catalog. Hinkel named the catalog after one of her scientific heroines, a leading mathematician and astronomer in the late 300s, early 400s — the only woman known to have had this level of scientific influence in her time. 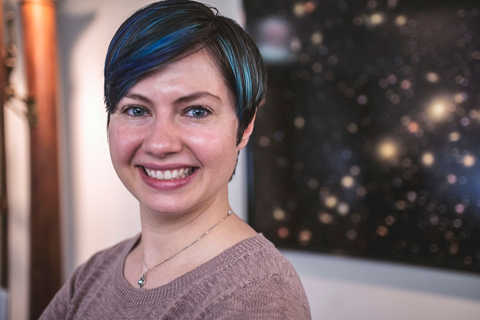 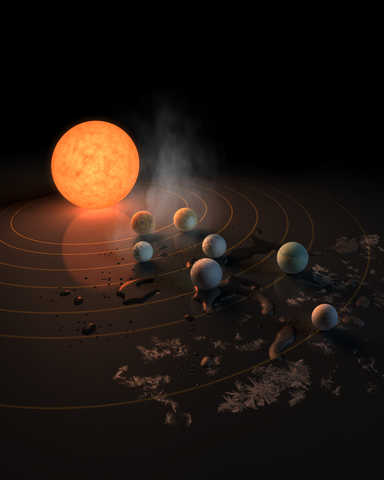