Boulder, Colo. – August 7, 2015 – Dr. Constantine Tsang, a senior research scientist at Southwest Research Institute (SwRI), has been selected as one of eight expedition members to search for meteorites in Antarctica.

The Antarctica Search for Meteorites (ANSMET) is a NASA-funded program charged with finding and collecting meteorites on the continent. Although meteorites land regularly all across Earth, Antarctica is the premier location for finding them because they are more easily spotted against the white and blue backdrop of the Antarctic ice. The meteorites are sent to NASA’s Johnson Space Center and the Smithsonian Institution for characterization, curation, and distribution to planetary scientists for further analysis. ANSMET teams have found more than 22,000 meteorites in all, representing the bulk of meteorites available to the scientific community.

“The study of these objects, especially those preserved in the Antarctic, builds on our knowledge of how the Earth and solar system came to be,” said Tsang. “The only other way to sample these materials is to fund missions to collect and return them from distant locations in the solar system, which is expensive and impractical.”

This season marks the 40th anniversary of the ANSMET meteorite program, which has sent an expedition to Antarctica to search for meteorites every year, except one. Some 350 people have participated in the program since its inception, including six NASA astronauts, allowing for a broad scientific community to participate and understand the values of meteoritic science than would otherwise be possible.

Tsang, whose background is in atmospheric physics and planetary astronomy, is a member of the New Horizons’ geology and composition teams, which recently made the first close-up imaging and science observations of Pluto and its moons in the far reaches of the solar system. Prior to New Horizons, he was a scientist on the Venus Express, ExoMars, and Lunar Reconnaissance Orbiter missions. He has flown on parabolic and centrifuge research flights and has a private pilot’s license.

The 2015–2016 campaign will begin in late November, when Tsang departs for McMurdo Station, the prime U.S. research center in Antarctica.

C-17 Globemasters and LC-130 Hercules provided by the 109th Airlift Wing, New York Air National Guard, will transport the team into and out of the field. The expedition will spend about six weeks at the Miller Range, some 500 miles south of McMurdo on the blue ice fields of the Transantarctic Mountains. The team will return to the U.S. by early February. 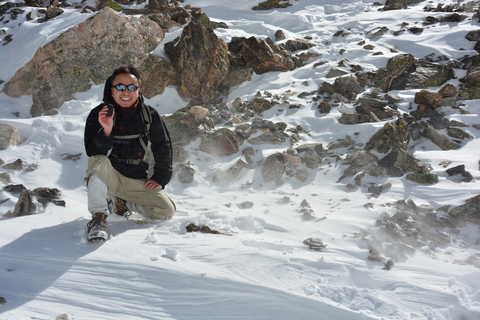