San Antonio — June 22, 2011 — A novel ignition system for gasoline engines that creates a continuous spark of variable energy and duration has received a 2011 R&D 100 Award. R&D Magazine selected Southwest Research Institute's® (SwRI®) Dual Coil Offset (DCO™) Ignition System as one of the 100 most significant technological achievements of the past year.

The DCO Ignition System is a continuous ignition system that uses two automotive-style ignition coils connected by a diode to create a continuous spark of variable duration in high-dilution engines. It has been shown to be more successful than other spark ignition systems in initiating combustion and allowing the engine to operate at high dilution rates. A high-dilution engine uses excess air or high levels of exhaust gas recirculation (EGR) to cool combustion temperatures, leading to cleaner emissions and less fuel consumption. It also lessens the potential for engine knock, which can lead to severe engine damage.

"Because high-dilution engines are up to 30 percent more efficient than traditional engines, this device will allow substantial reductions in greenhouse gas emissions in addition to reducing the amount of fuel consumed in the transportation industry," said Dr. Terrence F. Alger II, principal developer of the technology and manager of SwRI's Advanced Combustion and Emissions Section of the Engine, Emissions and Vehicle Research Division. "The DCO system is an important enabling technology that allows high-dilution engines to enter the marketplace in large quantities."

A modern gasoline engine with a typical ignition system can tolerate 10 percent to 15 percent of EGR. The DCO ignition system, however, allows engines to tolerate from 25 percent to 40 percent EGR. The level of dilution in the engine can directly impact the engine efficiency by enabling high compression ratio operation and more optimized combustion phasing. This has been shown in SwRI's High-Efficiency Dilute Gasoline Engine (HEDGE®) consortium and the U.S. Department of Energy's Advanced Reciprocating Engine Systems program, as well as published results from several engine and vehicle manufacturers.

The ignition system also may allow improved gasoline engine penetration into markets that are traditionally occupied by diesel engines, especially in the off-road engine market, where the cost of the engine is the most important parameter to consumers and packaging a diesel engine with modern emissions reduction equipment in a small vehicle or device is a challenge.

Additionally, the discovery of significant reserves of natural gas may result in increased use of compressed natural gas (CNG) as a fuel for trucks, buses and even cars. Similar to gasoline, CNG engines are spark-ignited and can also take advantage of high levels of dilution.

Financial benefits of the device to original equipment manufacturers include lower costs of engine emissions control equipment (which relies heavily on precious metals) and an improvement in the Corporate Average Fuel Economy (CAFE) ratings. Since the CAFE ratings involve penalties for non-compliance, a vehicle manufacturer potentially can save millions of dollars. Compared to other available products, the DCO system is a less expensive way to achieve significant reductions in fuel consumption and carbon dioxide emissions.

A video link is available on www.youtube.com/SwRItv. 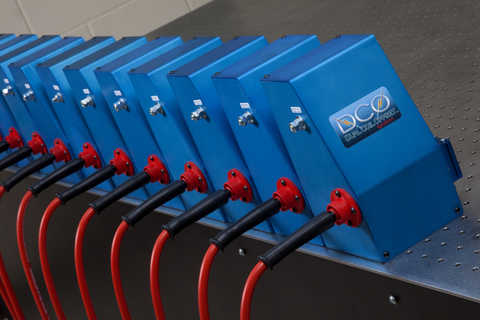