March 23, 2022 — The Explorers Club — an international professional organization dedicated to the advancement of scientific exploration and field study — has selected Southwest Research Institute’s Dr. Stefano Livi for membership in its Explorers Club 50 Class of 2022. The organization launched “The Explorers Club 50: Fifty People Changing the World that You Need Know About” initiative in 2021 to highlight “…trailblazing explorers, scientists, artists, and activists spanning the globe.”

“Being selected to be a part of the Explorers Club 50 Class of 2022 is a great honor,” said Livi, an Institute scientist, the highest technical level at SwRI. “Neil Armstrong (first man on the Moon), Roald Amundsen (first man at the South Pole), Edmund P. Hillary (first man on Everest) are just a few examples of the kind of people belonging to the club. Just having my name next to theirs gives me goosebumps.”

Livi has 30 years’ experience in space missions, from the conceptual design of instruments to the final scientific analysis of the collected data. His expertise includes plasma analyzers, ultraviolet coronagraphs, mass spectrometers and energetic particle sensors. He has served as a co-investigator on several American, European, Russian and Japanese missions, such as Phobos, Polar, Cassini, SOHO, Rosetta and Geotail, and he has received numerous NASA Group Achievement Awards.

Currently, Livi is principal investigator of the Strofio sensor aboard the European Space Agency’s BepiColombo spacecraft. Designed and built at SwRI, Strofio will study Mercury’s tenuous exosphere to better understand the planet’s surface and the history of the smallest rocky planet orbiting close to the Sun. He is also the PI for the Heavy Ion Spectrometer (HIS), one of the instruments onboard Solar Orbiter. As part of the Solar Wind Analyzers suite, HIS is devoted to the study of the solar wind, a steady flow of particles from the Sun.

“These missions and measurements are going to lead to major advances in the study of space weather, forecasting major solar events and characterizing solar system evolution,” Livi said. “The marvel of my job is that my ‘playground,’ the universe, is an infinite resource of mysteries to investigate and unravel.”

The Explorers Club is a nonprofit organization dedicated to advancing field exploration and scientific inquiry. Since its inception in 1904, its members have traversed the Earth, the seas, the skies and space on “expeditions of exploration.”

The Explorers Club announced the new EC50 class of explorers the week of March 14, 2022. Livi was selected from more than 300 diverse applicants from explorers worldwide. The EC50 recognition was established to not only reflect the great diversity of exploration, but to give a voice to trailblazing explorers, scientists, artists and activists doing incredible work. 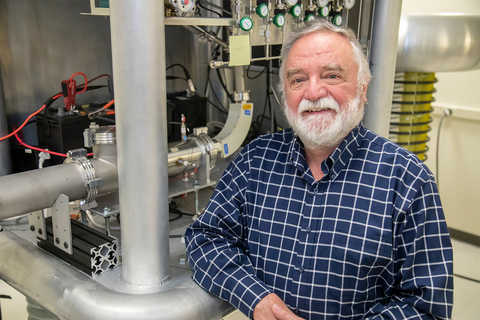