November 3, 2021 — Dr. Peter W. A. Roming, director of the Department of Space Engineering at Southwest Research Institute, has been named a Fellow of the American Physical Society (APS). This distinction recognizes outstanding contributions to physics and is limited to one-half of one percent of APS membership. Roming was selected for his “fundamental contributions in ultraviolet (UV) observations of gamma-ray bursts and core collapse supernovae, and leadership of the first rapid follow-up instrument of UV transients: the UV/Optical Telescope on [the Neil Gehrels Swift Observatory].”

The APS Fellowship Program recognizes members who have made advancements in physics through original research and publication, or the application of physics to science and technology. Fellows are nominated and elected by their peers.

“It’s an honor to be recognized by my peers, particularly when there are many other scientists who are deserving of this honor,” Roming said. “I deeply appreciate my colleagues at SwRI and around the world who have provided their support throughout my career. I consider this recognition to be for all of us. I feel very fortunate to be a part of this community that is so passionately dedicated to furthering our understanding of the universe.”

Roming serves as the principal investigator for the Ultra-Violet/Optical Telescope (UVOT) currently aboard the Neil Gehrels Swift Observatory, which launched in 2004 with the objective of detecting gamma ray bursts. He is also a mission co-investigator, and a former member of the observatory’s science operations team and mission’s executive committee.

Roming has had a key role in numerous missions and instruments. He is currently the co-principal investigator and project manager developing the Spectrograph and Camera for Observations of Rapid Phenomena in the Infrared and Optical (SCORPIO) for the Gemini South Observatory in Cerro Pachón, Chile. He is also project manager for the L’Ralph Multispectral Visual Imaging Camera (MVIC), which just launched to Jupiter’s Trojan asteroids aboard the Lucy observatory, and the Earth Surface Mineral Dust Source Investigation’s (EMIT’s) Printed Circuit Engineering Interface and Telemetry Box (PITB), which will operate from the International Space Station to better understand the source and radiative effects of airborne dust.

Roming has a doctorate in physics and astronomy, with a second emphasis in mechanical engineering, from Brigham Young University (BYU). He also holds master’s and bachelor’s degrees in physics from BYU. He joined SwRI in 2010. 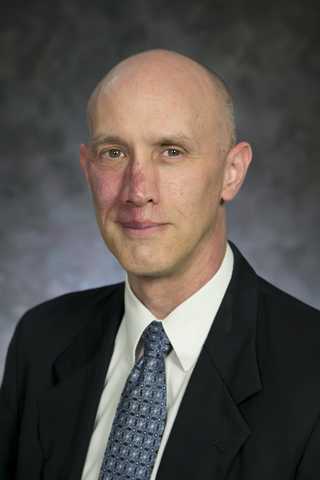