September 28, 2021 — Dr. Roy B. Torbert, a program director in Southwest Research Institute’s Earth, Oceans, and Space Department at the University of New Hampshire in Durham, has been named a Fellow of the American Geophysical Union (AGU).

The honor of Fellow recognizes AGU members who have made exceptional scientific contributions in the fields of Earth and space science. In any given year, the honor is bestowed on only 0.1 percent of the membership. Only 59 of 60,000 members representing 137 countries were named Fellows this year, which will be conferred December 15 at the 2021 AGU Fall Meeting in New Orleans.

Torbert, whose primary interest is heliophysics, specializes in the interaction between the solar wind and the Earth’s magnetosphere and the process of magnetic reconnection, which powers that interaction resulting in magnetic storms and auroras. He joined the Institute in 2013 to launch SwRI’s research group at UNH-Durham.

“This is a great honor for Roy and a great honor for Southwest Research Institute,” said Dr. Jim Burch, vice president of SwRI’s Space Science and Engineering Division. “Roy’s research has contributed vastly to a better understanding of magnetic reconnection using the advanced instrumentation he developed for the NASA Magnetospheric Multiscale (MMS) mission.”

Last year, Torbert was named principal investigator of a magnetometer for a satellite mission dedicated to tracking space weather. The magnetometer is part of the Space Weather Follow-On Lagrange 1 (SWFO-L1) satellite’s solar wind instrument suite, which measures the characteristics of the solar wind plasma that interact with the Earth’s geomagnetic environment. The instrument, known at SWFO-MAG, provides key data about the magnetic field embedded in the solar wind as it approaches Earth.

Torbert holds a bachelor’s degree in physics from Princeton University and a doctorate in physics from the University of California Berkeley, and he is author of more than 400 scientific papers. He has been a Professor of Physics at the University of New Hampshire since 1992 and has served as Dean of the College of Engineering and Physics Sciences from 1995–2000, Director of the Space Science Center from 2000–2009 and 2010–2013, and Interim Director of the Institute for Study of Earth, Oceans, and Space from 2009–2010.

He has served in leadership roles in the Earth and space science community, including serving on the Heliospheric Sciences Subcommittee of the Science Mission Directorate at NASA from 2006–2012 and its chair from 2009–2012. Torbert’s honors include being named a National Science Foundation Graduate Fellow, the von Braun Professor at the University of Alabama in Huntsville and a NASA Summer Faculty Fellow. He has also received numerous NASA Group Achievement Awards. 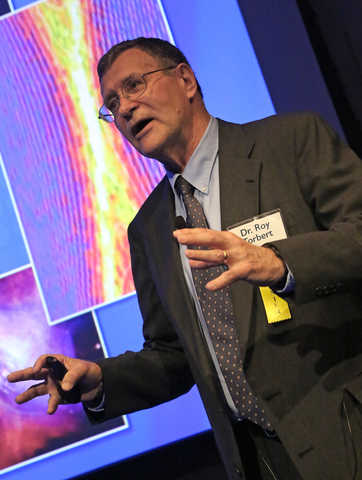