BORE II continued a 2016 experiment that involved observations of meteorite-like materials inside a container on board a suborbital space flight, with the aim of understanding the materials’ behavior in low gravity. BORE II significantly expands on this project, using materials that are much closer in composition and texture to actual meteorites, as well as testing new technology, the Clockwork Starfish sampling device.

Taking inspiration from the aquatic echinoderm, which turns part of itself inside out to engulf its prey, Clockwork Starfish is a tetrahedron with magnetized sides. Since the surface materials of most asteroids have magnetic compounds in them, the Clockwork Starfish’s magnetized panels allow it to passively gather samples from any asteroid surface it is dropped on. The “starfish” then stores the samples for transport by turning itself entirely inside-out.

“While current asteroid sample return missions visit single asteroids and collect samples from one or two locations on their surface, a future mission carrying dozens of micro-sampler landers like these could return samples from various locations on numerous asteroids,” said SwRI Principal Scientist Dr. Alex Parker, who led development of the Clockwork Starfish device. “This would be a game-changer for understanding the origin and history of the solar system, as well as providing a valuable glimpse into potential exploration-enabling resources present on these tiny worlds.”

Today’s experiment involved placing two Clockwork Starfish inside two separate vacuum sealed containers, with meteorite-like materials and a small camera in each to record how the technology interacts with the materials in low gravity.

“This could offer a simple but robust alternative to other means of sampling small bodies like drilling,” said SwRI Principal Scientist Dr. Dan Durda, the experiment’s principal investigator. “Instead, it could be as easy as bringing a magnet along.”

SwRI is also evaluating how effectively a tapered LAD eliminates potentially dangerous vapor bubbles in fuel from being transferred to the rocket engine.

Engineers at SwRI and NASA’s Glenn Research Center created the tapered LAD to address problems that could arise with longer spaceflights beyond Earth’s orbit. Currently, most rocket engines use cryogenic liquid propellants as fuel. A long spaceflight would require large amounts of fuel to be stored at low temperatures and then transferred to the rocket engine, but current LADs have straight channels that are vulnerable to internal vapor bubbles.

These vapor bubbles can hinder liquid propellant from transferring to other tanks or damage rocket engines during ignition. SwRI Senior Research Engineer Kevin Supak, along with SwRI engineers Dr. Amy McCleney and Steve Green are evaluating a LAD with a tapered channel that passively removes the bubbles through surface tension. A smaller version of the LAD was tested on New Shepard in December 2019. Today’s experiment involved testing several larger-scale versions that include design modifications to more accurately capture bubble movement physics that would occur in actual cryogenic tanks.

“We hope that the tapered LAD concept can offer a low-cost efficient solution for cryogenic fluid management for long duration spaceflight,” Supak said. “Historically, technology used to manage bubbles in cryogenic tanks have been costly to design and deploy.”

SwRI plans an additional experiment aboard New Shepard in the future to investigate other geometries for the LAD design. 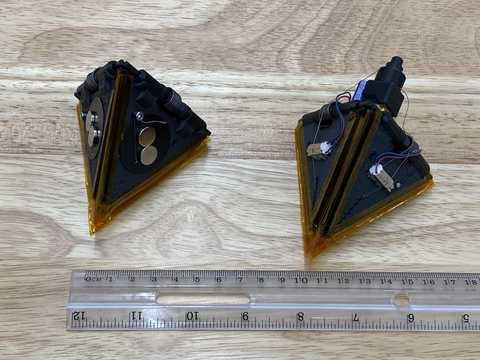 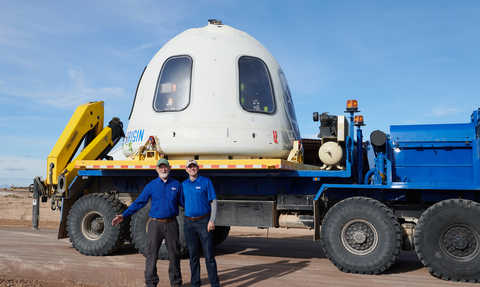 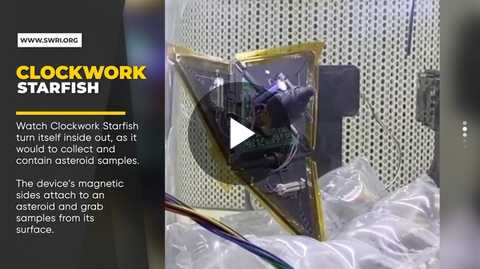