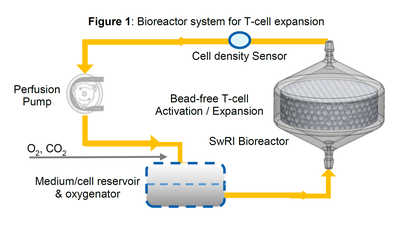 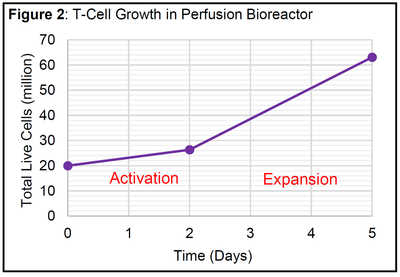 Figure 2: Prototype of the SwRI-developed bioreactor.

In this project, SwRI has developed a novel bead-free and perfusion-based, closed-loop T-cell manufacturing system using an SwRI-proprietary 3D bioreactor (see Figure 1). The-3D printed bioreactor is low cost and easily rescaled for fabrication based on requirements. The bioreactor facilitates continuous perfusion and full automation. This is promising for developing it into a turn-key system that can be used in hospital settings for individual patient T-cell therapies. This innovative bioreactor system is expected to reduce several aspects of production costs associated with manufacturing T-cells.

In this study, SwRI developed prototypes of the novel bioreactor and demonstrated the feasibility of using a beads-free bioreactor for T-cell activation and expansion based on continuous perfusion.