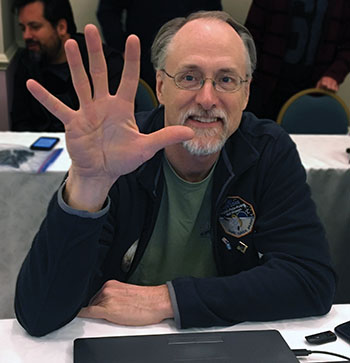 NASA’s New Horizons spacecraft is hurtling across the solar system, heading for a close encounter with Kuiper Belt Object (KBO) 2014 MU69 on January 1, 2019. We get just one shot to use the instruments onboard to learn about this distant relic, left over from the formation of our solar system.

Since the beginning of the SwRI-led New Horizons mission, this phase of the mission has been a race against the clock. The tremendously successful 2015 Pluto-Charon flyby that generated breathtaking images was the mission’s primary objective. But we also anticipated extending New Horizons’ journey, to visit another KBO. The Kuiper belt is a zone of small bodies at the edge of the solar system, similar to the main asteroid belt between Mars and Jupiter, but far larger. The search for New Horizons’ second target began in 2004 but didn’t discover anything useful until 2014, just in time to let the navigators know where to go after Pluto. Now, as we settle down to plan our observations, we are gathering as much data about the target as possible to increase the scientific returns from the flyby.

Our target, nicknamed MU69, is very difficult to study from afar. Its size and distance put it out of reach of even the largest ground-based telescopes. Even the Hubble Space Telescope can just barely detect it, and from that data, we could only guess at its size. If the surface were very dark, it could be as large as 40 km across, about half the size of Pluto’s moons, Nix and Hydra. If the surface were more reflective, it could be even smaller than we thought. That posed a big problem.

To get critical mission data, we identified three opportunities in 2017 when MU69 would likely pass directly in front of a star — an event known as an occultation — that could possibly be observed from somewhere on the Earth. By timing the duration of the star disappearance and combining that information with its known orbital velocity, we could not only measure the size of MU69 but also ascertain its surface brightness.

The first occultation opportunity was June 3 with potential visibility from South Africa and southern South America. We sent 13 teams to Cape Town and 12 to Mendoza, Argentina, to line up a string of portable telescopes to look for signs of MU69. While all the teams got data at the right time, sadly, no occultation signature was seen.

We tried again on July 10, using the Stratospheric Observatory for Infrared Astronomy (SOFIA) telescope, which is mounted on a modified Boeing 747PS. Again, nothing obvious was seen.

The final shot we had was July 17, from extreme southern Argentina in Comodoro Rivadavia, the “city of the winds.” Our Argentina-based advisers thought we were crazy to even try. It was the middle of their winter and conditions could be very harsh. All 25 teams assembled there, each with its own telescope. We set up a “picket fence” of observing stations to try to catch the elusive shadow of our target passing in front of the star and held our breath.

We battled wind: The locals helped us build wind shelters and provided large trucks as windbreaks. We battled headlights and street lights: The locals shut down a national highway for two hours to give us a clear view. The teams were amazing and persevered through the cold, windy conditions. In the end, we had success! Incredibly, five of the teams recorded a brief — one second or less — disappearance of the star. We now have a reasonable guess for the reflectivity of MU69’s surface. Armed with that critical information, we are now developing the final plan for the flyby event.

In the meantime, we are still puzzling over the July 17 results. What we saw in terms of size and shape has multiple interpretations, and we continue to delve into the data to better understand this enigmatic object. Even if we cannot sort it all out in advance, we know that New Horizons will be there soon to answer — we hope — our questions definitively.