Burch elected to S.A. Aviation and Aerospace Hall of Fame

Feb. 28, 2018 — Dr. James L. Burch, vice president of the Space Science and Engineering Division at Southwest Research Institute, is one of four honorees being inducted into the San Antonio Aviation and Aerospace Hall of Fame at a dinner and reception March 22, 2018.

“As the founder of space science and engineering at SwRI, over the past 40 years Jim Burch has contributed to San Antonio’s reputation as a center of aerospace excellence,” said SwRI President and CEO Adam L. Hamilton, P.E. “Dr. Burch’s leadership has been instrumental to the growth of SwRI’s internationally recognized space science and engineering programs. In addition, Jim’s research has had, and continues to have, a profound impact on our understanding of the interaction between the solar wind and Earth’s magnetosphere, which can affect daily life on the planet.”

Burch is an experimental space physicist. He is the principal investigator for NASA’s Magnetospheric Multiscale mission in which four large spacecraft, flying in formation in the boundary layers of the Earth’s magnetosphere, perform experiments on magnetic reconnection, an explosive process that converts magnetic energy to particle energy. It is responsible for magnetic storms and auroras as well as solar flares and numerous other energetic phenomena throughout the universe. He was principal investigator of the first NASA medium-class Explorer mission, Imager for Magnetopause-to-Aurora Global Exploration (IMAGE), which performed pioneering global, multi-spectral imaging of the Earth’s magnetosphere. He was the principal investigator for instruments on NASA’s Dynamics Explorer spacecraft, the Space Shuttle, and the ESA Rosetta comet mission.

At SwRI, Burch oversees 360 scientists, engineers and support staff in six departments with laboratories in San Antonio, Boulder, Colorado, and Durham, New Hampshire. He has been an SwRI vice president for more than 32 years. Under his direction, staff members have made significant, and sometimes startling, scientific discoveries about the origins and intricacies of our solar system. The division is responsible for developing numerous instruments on NASA and ESA spacecraft and leads several NASA science missions, including the New Horizons mission that made an historic flyby of Pluto in 2015 and the Juno polar-orbiting mission that began orbiting Jupiter in 2016.

Dr. Alan Stern, associate vice president of SwRI’s Space Science and Engineering Division and principal investigator of the New Horizons mission to Pluto, will be the keynote speaker at the March 22 event.

SwRI was selected as one of the eight initial inductees into the Hall of Fame in 2016. It has been an integral part of the San Antonio aviation and aerospace landscape since it was founded in 1947. It has contributed numerous aviation and aerospace innovations that make flying safer, increase the lifespan of aircraft, help determine the cause of accidents, and ultimately contribute to a better understanding of Earth and its place in the solar system. 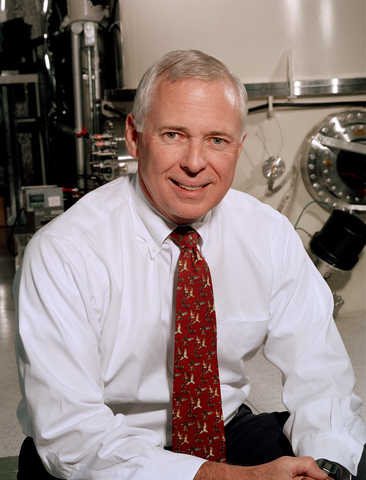