November 15, 2018 — Dr. Alan Stern, planetary scientist and associate vice president of the Space Science and Engineering Division at Southwest Research Institute, has been appointed to the National Science Board (NSB) by the Trump Administration.

“It’s an honor to be appointed to the National Science Board and to have the opportunity serve the country in D.C. by contributing to national science policy,” Stern said.

The National Science Board is the governing body of the National Science foundation and is jointly led by its own board president and the National Science Foundation (NSF) director. Members of the board are selected for their eminence in research, education and distinguished service. Appointed by the president, members serve six-year terms. The board identifies issues critical to the NSF’s future and establishes policies, in addition to providing the President and Congress with a biennial report on U.S. progress in science and technology.

“Dr. Stern’s research has had a profound impact on our understanding of the solar system and now I’m certain he will have a tremendous positive impact on national science policy,” said Dr. Jim Burch, Vice President of SwRI’s Space Science and Engineering Division. “It’s wonderful to see him honored with this appointment and to know that he will be influencing science policy at such a high level.”

Stern, who has been with SwRI almost 25 years, has been honored numerous times over the course of his career. In 2007 and again in 2016, TIME Magazine named him one of the 100 most influential people of the year. The American Astronautical Society awarded him its Carl Sagan Memorial Award in 2016, and he received the 2016 NASA Distinguished Public Service Medal, the space agency’s highest civilian honor. NASA’s New Horizons mission, led by Stern, was named among the top science news stories of 2015 by Discover Magazine and Science News, among other distinctions, and the mission itself been honored with numerous awards.

“I am very pleased to welcome Alan Stern, whose scientific vision and enthusiastic persistence brought us the wonders of a captivating new world, as the principal investigator of the New Horizons mission to Pluto,” said NSB Chair Diane Souvaine.

The New Horizons mission received wide attention in July 2015 with the Pluto flyby. New Horizons came within 8,500 miles of the dwarf planet and onboard instruments collected historic images and other science measurements, revolutionizing our knowledge of Pluto and its moons. The spacecraft is now flying through the Kuiper Belt, an area of icy objects at the far reaches of the solar system, and rapidly approaching Ultima Thule, which it will encounter on New Year’s Day 2019.

Stern has participated on the mission teams of 29 NASA science missions, having been a PI on 14 of these. In 1994, he founded SwRI’s Colorado operations and directed the office until in 2007 and 2008, he led NASA’s Science Mission Directorate in Washington, D.C., overseeing 93 flight missions and more than 3,000 grants. His expertise ranges from research studies of the Kuiper Belt and Oort cloud, comets and planetary satellites to space instrument development, particularly ultraviolet technologies. Additionally, Stern is a long-time advocate of suborbital, orbital and planetary space commercialization. In Stern leads SwRI’s commercial suborbital program and expects to fly in space on SwRI suborbital research missions in the coming years. 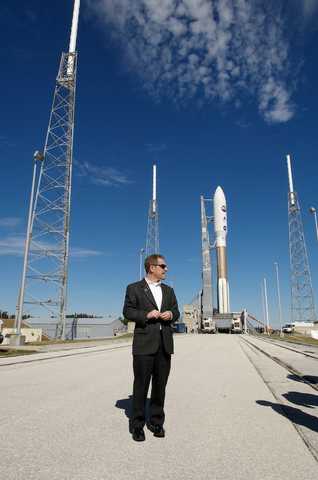