October 12, 2021 — NASA’s Lucy spacecraft is encapsulated in a protective fairing atop an Atlas V rocket, awaiting its 23-day launch window to open on October 16. All is go for the Southwest Research Institute-led mission to begin, as the spacecraft prepares to launch on a 12-year journey of almost 4 billion miles to visit a record-breaking eight asteroids — one main belt asteroid and seven Jupiter Trojan asteroids.

“The Trojan asteroids are leftovers from the early days of our solar system, effectively fossils of the planet formation process,” said SwRI’s Harold Levison, the principal investigator of the mission. “They hold vital clues to deciphering the history of our solar system. Lucy, like the human ancestor fossil for which it is named, will revolutionize the understanding of our origins.”

The Lucy mission is the first space mission to explore this diverse population of small bodies known as the Jupiter Trojan asteroids. These small bodies are trapped in stable orbits shared with the solar system’s largest planet, forming two “swarms” that lead and trail Jupiter in its path around the Sun.

“Lucy’s ability to fly by so many targets means that we will not only get the first up-close look at this unexplored population, but we will also be able to study why these asteroids appear so different,” said SwRI’s Cathy Olkin, deputy principal investigator of the mission. “The mission will provide an unparalleled glimpse into the formation of our solar system, helping us understand the evolution of the planetary system as a whole.”

Following pandemic protocols, Lucy team members have spent nearly two months at NASA’s Kennedy Space Center in Florida preparing the spacecraft for flight. Engineers have tested the spacecraft’s mechanical, electrical and thermal systems, and they have practiced executing the launch sequence from the mission operations centers at Kennedy and Lockheed Martin Space in Littleton, Colorado.

“Launching a spacecraft is almost like sending a child off to college — you’ve done what you can to get them ready for that next big step on their own,” Levison said. “Lucy is ready to fly.”

Lucy’s first launch attempt is scheduled for 5:34 a.m. EDT on October 16. That day, the team will be “called to stations” at 1 a.m. to monitor the spacecraft and run through the full launch countdown procedures. If weather or any other issues scrub launch that day, the team will have additional launch opportunities every morning over the next couple of weeks. 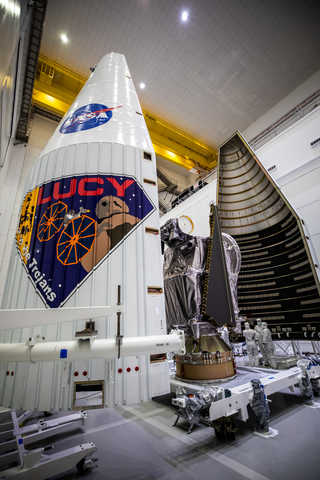 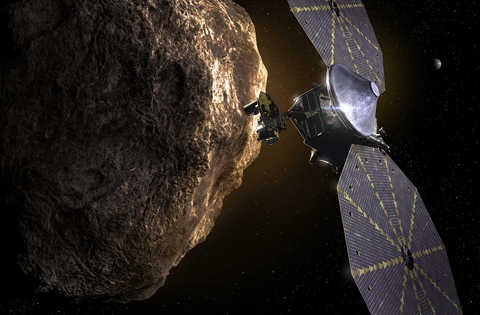 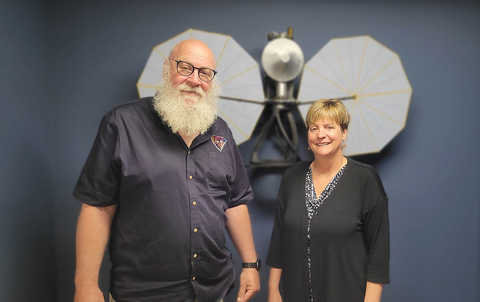