San Antonio — May 10, 2012 — New results from NASA's Interstellar Boundary Explorer (IBEX) reveal that the bow shock, widely accepted by researchers to precede the heliosphere as it plows through tenuous gas and dust from the galaxy does not exist.

According to a paper published in the journal Science online, the latest refinements in relative speed and local interstellar magnetic field strength prevent the heliosphere, the magnetic "bubble" that cocoons Earth and the other planets, from developing a bow shock. The bow shock would consist of ionized gas or plasma that abruptly and discontinuously changes in density in the region of space that lies straight ahead of the heliosphere.

"The sonic boom made by a jet breaking the sound barrier is an earthly example of a bow shock," says Dr. David McComas, principal investigator of the IBEX mission and assistant vice president of the Space Science and Engineering Division at Southwest Research Institute (SwRI). "As the jet reaches supersonic speeds, the air ahead of it can't get out of the way fast enough. Once the aircraft hits the speed of sound, the interaction changes instantaneously, resulting in a shock wave."

For about a quarter century, researchers believed that the heliosphere moved through the interstellar medium at a speed fast enough to form a bow shock. IBEX data have shown that the heliosphere actually moves through the local interstellar cloud at about 52,000 miles per hour, roughly 7,000 miles per hour slower than previously thought — slow enough to create more of a bow "wave" than a shock.

"While bow shocks certainly exist ahead of many other stars, we're finding that our Sun's interaction doesn't reach the critical threshold to form a shock, so a wave is a more accurate depiction of what's happening ahead of our heliosphere — much like the wave made by the bow of a boat as it glides through the water," says McComas.

The IBEX team combined its data with analytical calculations and modeling and simulations to determine the conditions necessary for creating a bow shock. Two independent global models — one from a group in Huntsville, Ala., and another from Moscow — correlated with the analytical findings.

"It's too early to say exactly what this new data means for our heliosphere. Decades of research have explored scenarios that included a bow shock. That research now has to be redone using the latest data," says McComas. "Already, we know there are likely implications for how galactic cosmic rays propagate around and enter the solar system, which is relevant for human space travel."

IBEX's primary mission has been to image and map the invisible interactions occurring at the outer reaches of the solar system. Since its launch in October 2008, the spacecraft has also shed new light on the complex structure and dynamics occurring around Earth and discovered neutral atoms coming off the Moon.

Scientists from SwRI; Moscow State University; the Space Research Centre of the Polish Academy of Sciences; University of Bonn, Germany; University of Alabama, Huntsville; and University of New Hampshire were all involved in this study. The paper, "The Heliosphere's Interstellar Interaction: No Bow Shock," was published May 10 in the journal Science online, at the Science Express website. 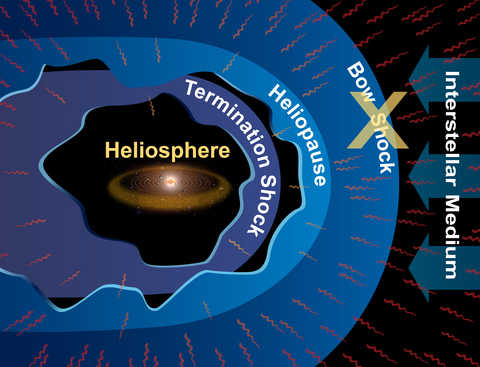 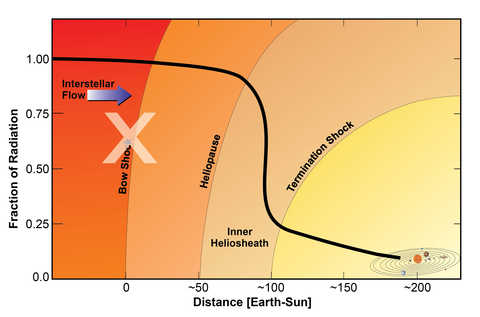 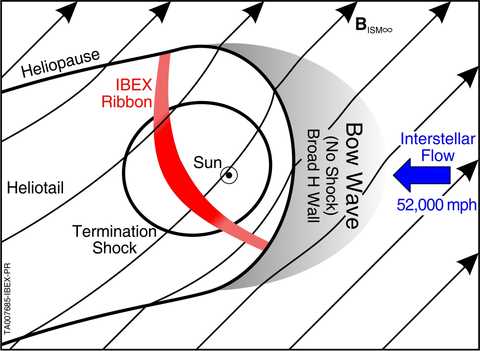 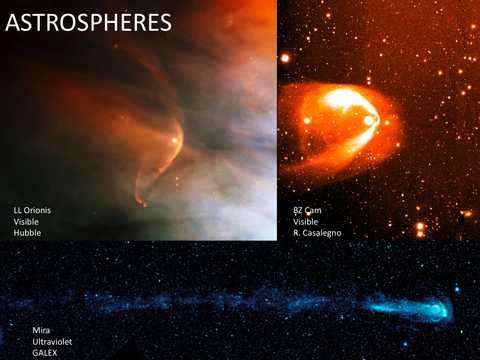