Boulder — Oct. 2, 2015 —A Southwest Research Institute proposal to study primitive asteroids orbiting near Jupiter that could give insights into the origins of the solar system is one of five science investigations selected as a possible future NASA mission.

Dr. Harold F. Levison, an Institute scientist at SwRI, is the principal investigator for Lucy, a science mission aimed at “Surveying the diversity of Trojan asteroids: The fossils of planet formation.” Under its Discovery Program, NASA has approved a $3 million contract for “concept design studies and analyses” to develop the mission that would study five asteroids believed to be remnants from the formation of the solar system’s outer gas giants. If ultimately selected, Lucy would launch in 2021.

“This is a once-in-a-lifetime opportunity,” Levison said of the proposed 11-year mission. “Because the Trojan asteroids are remnants of that primordial material, they hold vital clues to deciphering the history of the solar system.” The project is named Lucy in a nod to the name given to one of the influential human fossils found on Earth.

“These asteroids are in an area that really is the last population of objects in the solar system to be visited,” Levison said.

The spacecraft would include a sophisticated suite of remote-sensing instruments to study geologic, surface, reflective composition, thermal, and other physical properties of the asteroid targets at close range. The payload is expected to include three complementary imaging and mapping instruments, including a color imaging and infrared mapping spectrometer, a high-resolution visible imager, and a thermal infrared spectrometer. Additionally, Lucy will perform radio science investigations using its telecommunications system to determine the masses and densities of the Trojan targets.

The spacecraft would be ready to launch in early 2021 with a final encounter in 2032. In addition to SwRI, team members include Goddard Space Flight Center and Lockheed Martin. Lucy and the four other potential missions that NASA selected are among 27 that were proposed. NASA is expected to fund up to two missions by September 2016.

NASA requested proposals for spaceflight investigations in November 2014 for its Discovery Program, which aims “to enhance our understanding of the solar system by exploring the planets, their moons, and small bodies such as comets and asteroids.” A panel of NASA and other scientists and engineers reviewed the 27 submissions. 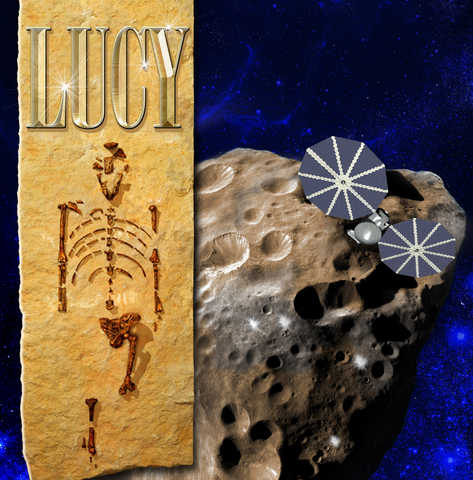