“The added space and ready access allow us to safely handle, fabricate, and test very large structural and mechanical systems,” said Tim Fey, director of the Structural Engineering Department in SwRI’s Mechanical Engineering Division. “As examples, we can now perform full-scale static and fatigue testing on aircraft with larger wing spans and heights, pressure vessels, blast-containment structures, and other large components for a variety of clients, including the oil and gas industry.”

SwRI has a long history of designing, fabricating, and testing large structures for commercial and government clients. Previously, SwRI has built a one-quarter scale submarine, tested full-scale aircraft, and designed and fabricated a variety of robotic systems. 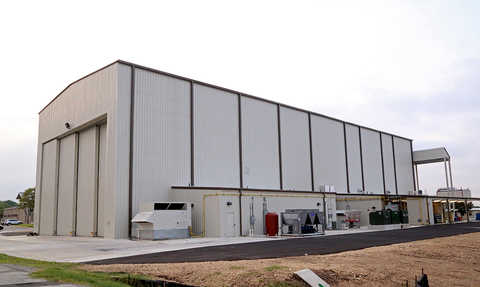