The PUNCH program proposes a constellation of four suitcase-sized satellites or “smallsats” that will orbit the Earth in formation to study how the Sun’s atmosphere, or corona, connects with the interplanetary medium. PUNCH could one day advance the understanding of how coronal structures fuel the solar wind with mass and energy.

“The vacuum of space between the planets is not completely empty — it is actually filled with a very tenuous, hypersonic ‘solar wind’ streaming out from the Sun,” said PUNCH team leader, Dr. Craig Deforest, a scientist in SwRI’s Planetary Science Directorate in Boulder, Colorado. “The solar wind arises from the Sun’s corona, which will be visible from Earth during the solar eclipse next month. PUNCH will study how the corona and solar wind are connected by making global images of the poorly understood transition between them.”

If selected for flight, PUNCH will track and measure the solar wind as it emerges from the solar corona, transitions to interplanetary space, and streams through the solar system, bathing the planets and other solar system bodies. It’s important to understand the direct connection between the star itself and the gusty, turbulent flow near Earth that causes terrestrial “space weather,” which can damage satellites, blackout power grids, and disrupt communication and GPS signals.

In addition, the PUNCH satellites would track coronal mass ejections, also known as “CMEs” or “space storms,” as they erupt from the Sun out into interplanetary space. PUNCH will investigate new techniques to predict space weather via three-dimensional imaging.

“Most of what we know about the solar wind and space weather comes from direct sampling by spacecraft embedded in it,” DeForest said. “This is like understanding global weather patterns based on detailed measurements from a few individual weather stations on the ground. PUNCH is more like a weather satellite that can track and measure a complete storm system as it evolves across an entire region.”

“The Explorers Program seeks innovative ideas for small and cost-constrained missions that can help unravel the mysteries of the universe,” said Dr. Paul Hertz, director of NASA’s Astrophysics Division and the selection official. “These missions absolutely meet that standard with proposals to solve mysteries about the Sun’s corona, the Earth’s atmosphere and magnetosphere, and the solar wind.”

If the design studies go well, these missions could launch as early as 2022. The SMEX program provides frequent flight opportunities for world-class scientific investigations from space using innovative, efficient approaches within the heliophysics and astrophysics science areas. 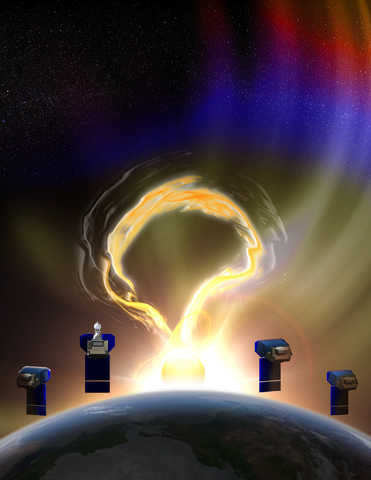