Almost since its inception, Southwest Research Institute has supported the U.S. military and homeland security, pushing the boundaries of engineering, electromagnetics and physics to create advanced technologies, software and systems that meet our clients’ challenging demands.

For nearly 60 years, SwRI has developed and fabricated antennas, including radio direction-finding (DF) systems to discern the track of an RF signal. For the U.S. military, SwRI built and delivered several AF-369 DF antennas, now improved to operate at frequency ranges in excess of 9 GHz. These advanced systems sense and compensate for ionospheric conditions to improve RF geolocation capabilities. We also deployed new advanced airborne DF pods for military aircraft.

Software engineers analyzed various alternatives for geolocation technology to be deployed in 2020. This effort supports multidomain operations allowing the military to rapidly and continuously integrate the efforts of land, air, sea, space and cyber forces.

SwRI is evaluating a hydrophone sensor array compact enough to be worn by divers, assessing subsurface acoustic DF capabilities and the ability to communicate directional and audio information to the diver. We performed mathematical array modeling as well as array construction and open-water tests to develop algorithms that add directional cues to received audio in real time. Because this application targets waterborne sounds, cues must be modulated to be understood. 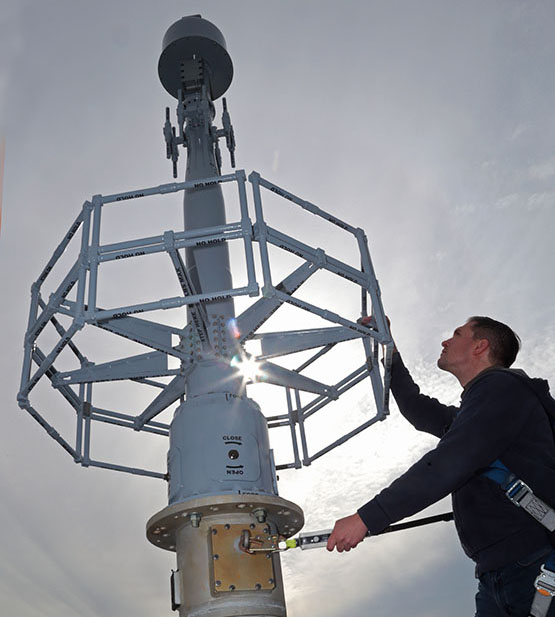 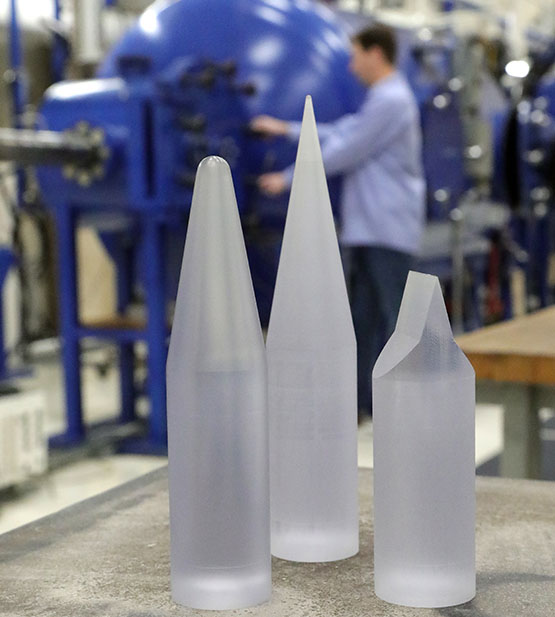 In 2019, we developed our Adaptive Threat Environment Acquisition (ATHENA) receiver, which rapidly detects all signals of interest, extracting signals from a single radar burst or in a congested or contested signal environment, acquiring radar and tracker parameters. We also developed and installed field kits for Canadian naval ships to upgrade shipboard climate research systems to meet specific technology standards.

To maintain piloting proficiency, NASA astronauts use the T-38, the world’s first supersonic trainer, which has been in service for more than 50 years. Components of this legacy aircraft must be periodically tested and proven reliable. In 1997, SwRI developed a T-38 aircraft-mounted and accessory drive test stand to autonomously perform generator and gearbox testing. In 2019, SwRI upgraded the control hardware and software to efficiently perform additional automated generator tests. Since the upgrade, NASA has used the test stand to support U.S. Air Force F-5 aircraft as well.

The F107 engine used in missile systems employs an igniter and exciter system to fire engine plugs at critical intervals in flight. Traditionally, the Air Force tested the system on an engine running in a test cell. To save time and money, SwRI developed benchtop tests to assess the system off-engine, to ascertain the functionality of the assembly prior to installation. The tester incorporates actual igniter plugs on a drive system interfacing with the accessory generator and rotor. Optical sensors measure the spark rate of the igniter and exciter assembly at speeds up to 15,000 RPM.

To address tomorrow’s defense technology, SwRI is conducting research in the cutting-edge field of hypersonic flight, defined as traveling through the atmosphere at more than five times the speed of sound (Mach 5). Our hypersonic flight research includes working with heat-resistant materials, particularly to advance manufacturing processes that reduce cost and increase yield of the material. We are also examining the response of these materials to impact at high temperatures, up to 4,000 F. Using internal research funding, engineers are machining these materials and characterizing their performance at high temperatures and at quasi-static and high strain rates. In addition, we are researching hypersonic munitions, including testing protocols for asymmetric warheads. These hypersonics programs aim to advance missile system development as well as defenses against maneuverable, hypersonic missiles from adversaries. 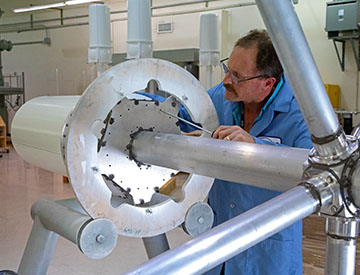 In 2019, SwRI delivered several AF-369 DF antennas to the U.S. military. Improvements allowing them to operate at frequency ranges in excess of 9 GHz make them particularly attractive to our international allies. 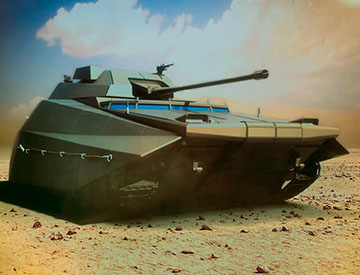 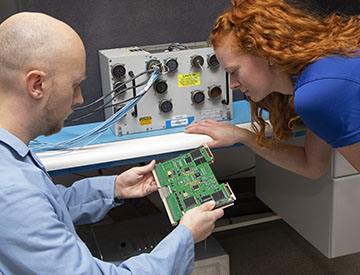 SwRI continued more than 30 years of supporting chemical weapons destruction. In 2019, we initiated a U.S. Department of Defense application to use a thermite burn bag to disable chemical and biological weapons. Developed with internal funding, the patent-pending technology combines SwRI expertise in explosives, thermal barrier materials and the destruction of chemical and biological weapons. Ultimately, this lightweight battlefield solution will destroy small containers, 172 mm artillery shells or other smaller munitions without exposing soldiers or the environment to contamination.

Understanding risks and protecting computer-based systems is of concern to the military, businesses and individuals alike. SwRI specializes in both physical and cybersecurity applications for the military, as well as addressing cyberthreats to intelligent vehicles and transportation systems.

In 2019, we demonstrated cyberattack detection systems for the U.S. Army and evaluated potential vulnerabilities in avionic systems using penetration testing in 2019. We also demonstrated a software system that will serve as the foundation for a scalable, reconfigurable, hardware-agnostic airborne payload designed to conduct a variety of radio spectrum operations. Its microservice-based architecture uses virtual hardware and operating systems to support SIGINT, EW and RF-enabled cybersecurity operations.

SwRI is also advancing the state of the art in cybersecurity for today’s vehicles and transportation management infrastructure and tomorrow’s automated and connected vehicle technologies. This year, we developed techniques to assess the vulnerability of onboard GPS receivers in automated vehicles as well as intrusion detection and threat isolation systems for onboard networks in commercial and military vehicles.