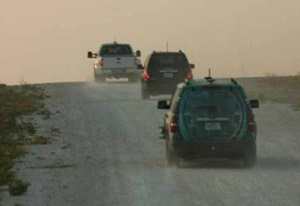 A common crash scenario on public roadways is the rear-end collision as a result of delayed driver reaction to unseen incidents or obstacles in their lane of travel. Drivers' reactions are typically limited to situations in their immediate line of sight.

The purpose of the Cooperative Convoy System (CCS) is to enable vehicles to share information relevant to the operation of the convoy, including the position and speed of all convoy member vehicles, and the position and speed of other objects detected using on-board sensors. The algorithms run independently on each vehicle, distributing the convoy-level intelligence, and determine the distance between vehicles, and the order of vehicles within the team. Additional functionality includes the ability to send specific commands to alter the behavior of an autonomous vehicle in the convoy. 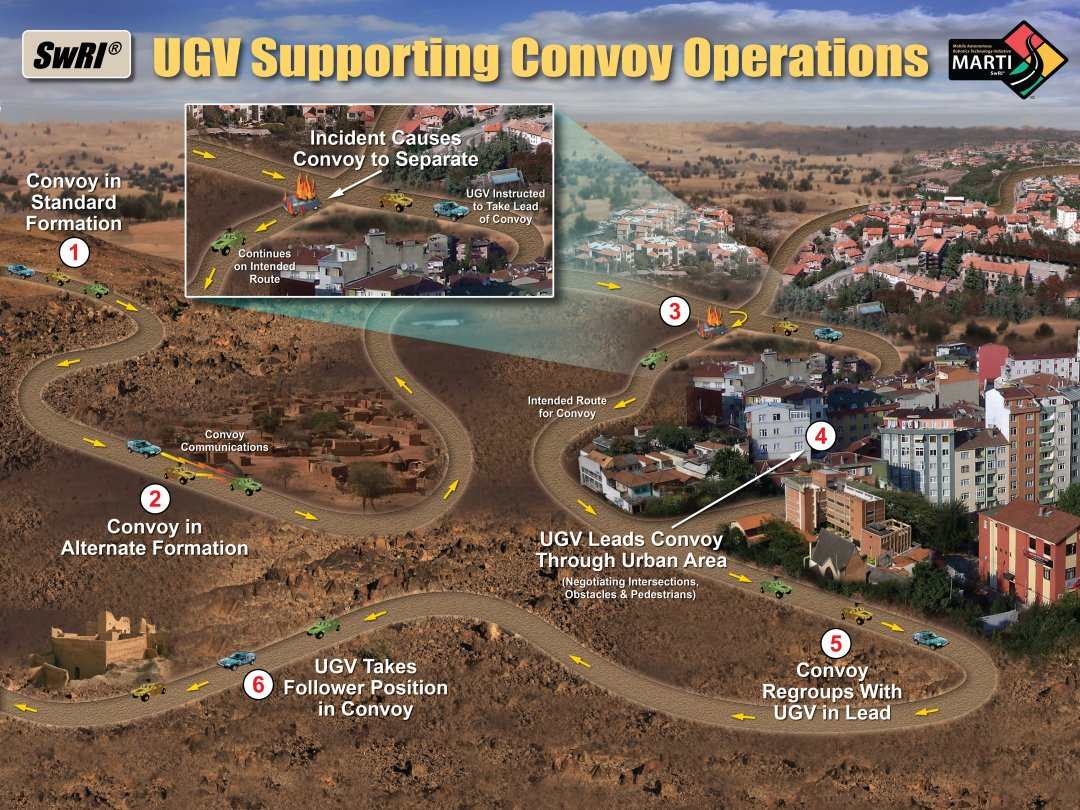 The Cooperative Convoy System expands the concept of adaptive cruise control (ACC), where vehicles adapt their speed based on the speed of the vehicle they are following, to realize a cooperative vehicle system. Each vehicle in the team is aware of the other vehicles’ positions and velocities, as well as other objects in the environment that are detected using available on-board sensors. As a group, the team can set parameters such as target speed and following distance, and join/leave criteria. The CCS also enables behavior-modification messages to be directed at specific vehicles, in particular autonomous vehicles. This system is scalable to any number of vehicles and does not require vehicles to be equipped with sensors.