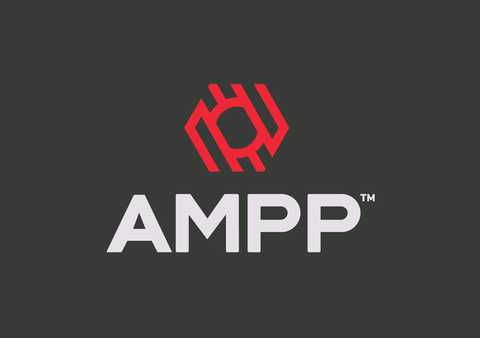 SwRI will be exhibiting at the AMPP Annual Conference & Expo, booth no. 1552.

Oxide film thickness growth was measured in-situ and in real time under high temperature and high-pressure conditions using optical ellipsometry to better understand material degradation. Ellipsometry is an optical technique where the light from a laser is reflected off the specimen surface into a sensor to measure the polarization change (phase and amplitude changes). While this technique is used at ambient pressure and temperature, it is rarely used at both high temperature and high pressure (HTHP) simultaneously. In this study, the laser light was radiated through an HTHP window attached on an autoclave. This technique was used to measure nanometer to micrometer changes in thickness of an oxide film in supercritical CO2 and upstream O&G environments. The oxide film thickness measurements were compared to measurements of the thicknesses using SEM imaging of the cross section and to data found in the literature.

This work examines data from a multi-year, large deployment of corrosion sensors in a variety of locations representing a range of corrosivity severities. The corrosion sensors used in this work measure atmospheric parameters such as relative humidity and temperature in addition to electrochemical parameters such as the conductivity of the electrolyte formed by salt deposition and possible deliquescence, and the polarization resistance measured on a variety of structural materials including 7075 aluminum, 2024 aluminum, and 4310 steel. Comparisons between sheltered and unsheltered sensor exposures show the difference precipitation and other rinsing events have on sensor measurements. In particular, the interplay of relative humidity and electrolyte conductivity is discussed in the context of using conductance sensors as a proxy for salt loading. The tendency for protective corrosion product films to form on the sensing materials, resulting in high initial corrosion rates and subsequent lower corrosion rates is demonstrated and the implication for accurately measuring corrosion rates is discussed. A comparison between representative conductance values from the field to values from lab testing is presented to provide context for salt loadings in accelerated laboratory corrosion testing. These discussions can be used to guide the development of models used to predict atmospheric corrosion rates from sensor data.

The functional life of paint in DoD is defined by the barrier properties and protective corrosion inhibiting capacity of the coating system. The time until corrosion initiation of an underlying substrate can thus be defined in general terms as 1) the time for an external environment to reach the coating/substrate interface through coating porosity, coating cracking, or mechanical damage and 2) inhibitor exhaustion/depletion. In other words, once a coating system has been breached, protection is afforded by the availability of inhibitors at the defect site. In this work, we seek to understand the parameters that influence inhibitor exhaustion. An aluminum alloy Multi-Electrode Array (MEA) probe is used to measure corrosion currents directly as a function of exposure time. Both inhibitor leach rate and residual coating protectiveness are measured as a function of time and compared for four aerospace primer systems. Leaching of inhibitors is measured using Ion Coupled Plasma (ICP) to quantify the amount of inhibitor in a 50 mL exposure cell at fixed exposure intervals. At these fixed exposure intervals, the partially depleted coating systems is then exposed in a 1.2 mL, and the inhibition kinetics measured using the MEA probe. Inhibitor exhaustion times are then defined as the time where there is no longer enough inhibitor leaching from a coating system to protect the MEA. Integration of inhibitor exhaustion test results into modeling approaches is briefly discussed.