October 27, 2020 — The U.S. Air Force awarded Southwest Research Institute a $12 million contract to redesign a critical B-1B Lancer system to help extend the aircraft’s service life. The B-1B is a long-range, supersonic bomber, which has served the Air Force since 1986. SwRI engineers will redesign the aircraft’s Fuel Center of Gravity Management System (FCGMS), which tracks fuel data and usage, controls fuel transfer to the aircraft’s four turbine engines and calculates corrections to the bomber’s center of gravity as fuel is depleted.

The Air Force plans to use the aircraft through 2040 and beyond. SwRI’s form, fit, function and interface (F3I) redesign of the FCGMS will ensure the system is capable of supporting the aircraft’s next phase of service. An F3I redesign updates a subsystem, allowing it to be inserted into existing technology, in this case, the aircraft, without impacting overall system operations.

“The B-1B Lancer’s service life has been extended, presenting a need to redesign obsolete hardware and modernize the aircraft’s technology,” said Anson Adams, assistant program manager in SwRI’s Defense and Intelligence Solutions Division. “The B-1B FCGMS is a critical safety system, which provides up-to-the-minute, vital in-flight data. We will be redesigning and updating its capabilities to support the aircraft’s flight readiness and service life expectancy.”

The B-1B FCGMS overhaul will include a redesign of various system components, including the intermediate device chassis, power supply and assembly of multiple interface module circuit cards. The redesign brings new challenges for SwRI engineers.

“This project marks the first time our team will incorporate radiation hardening into a flight system, which means we will make the system resistant to damage caused by radiation,” Adams said. “We are prepared to execute and deliver on these advanced system requirements and provide innovative, reliable technology that will serve the Air Force for years to come.”

The 422 Supply Chain Management Squadron based at Tinker Air Force Base in Oklahoma is overseeing the B-1B FCGMS update. SwRI began redesigning the system in June and will complete the project by June 2022. 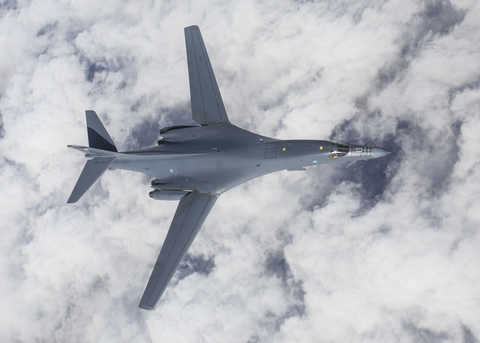