January 20, 2020 — Southwest Research Institute is now the home of a reciprocating compressor flow loop that is capable of recreating real-life gas pipeline pressures, temperatures and horsepower levels. The flow loop is one of only a handful of its kind available for industry research, development and testing and will play a central role in an ongoing SwRI project to reduce methane emissions.

“Most people don’t realize the role compressors like ours play in their everyday lives,” said Tim Allison, director of the Machinery Department in SwRI’s Mechanical Engineering Division. “For example, if you have a gas stove, that natural gas is pumped by compressors though a pipeline to your house.”

As gas travels through the pipeline, it meets compressors every few miles that push it further down the pipeline to its eventual destination. The new reciprocating compressor flow loop at SwRI operates an Ariel JGT/4 compressor at pressures up to 1000 psi and up to 700 horsepower and will be used for testing new technology as well as existing compressor components for performance in the field.

“By recreating these conditions, we’re able to acquire realistic data and evaluate new innovations that can make reciprocating compressors more efficient, reliable and environmentally friendly,” Allison said. “While other compressor flow loops exist elsewhere, ours is the only one in the country that is available to anyone in our industry.”

“Natural gas is used in homes for heating and cooking as well as in power plants for electricity generation,” said Allison. “More than 300,000 miles of pipeline transport methane across the nation. In 2015, the EPA estimated 7.3 million tons escaped in transit.”

SwRI researchers are using the new flow loop to measure leakage from compressor rod packing as part of a U.S. Department of Energy (DOE) project to quantify methane emissions nationwide.

“Natural gas pipeline systems are responsible for 20 percent of all methane leaks,” Allison said. “It’s costly and since methane is a greenhouse gas, these leaks are bad for the environment.”

Using the new flow loop, SwRI will document rod packing leakage at a variety of pressure and speed conditions. The DOE project is already underway and is expected to completed by mid-2020. 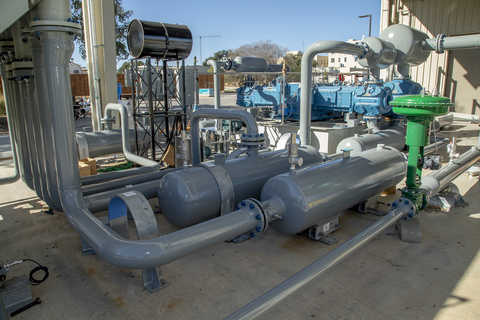