June 24, 2009 — With the whoosh of compressed gas and the whir of unspooling wire, a team of Boulder scientists and engineers tested a new instrument prototype that might be used to detect groundwater deep inside Mars.

The Mars Time Domain Electromagnetic Sounder (MTDEM) uses induction to generate electrical currents in the ground, whose secondary magnetic fields are in turn detected at the planetary surface. In this way, the electrical conductivity of the subsurface can be reconstructed.

"Groundwater that has been out of atmospheric circulation for eons will be very salty," says the project's principal investigator Dr. Robert Grimm, a director in the Space Science and Engineering Division at Southwest Research Institute® (SwRI®). "It is a near-ideal exploration target for inductive systems."

The inductive principle of the MTDEM is distinct from the wavelike, surface-penetrating radars MARSIS and SHARAD presently orbiting Mars. "The radars have been very useful in imaging through ice and through very dry, low-density rock," says Grimm, "but they have not lived up to expectations to look through solid rock and find water."

The time-domain inductive method uses a large, flat-lying loop of wire on the ground to generate and receive electromagnetic signals. In order to do this robotically, the team developed a launch system that shoots two projectiles, each paying out spooled wire as they fly.

"The main challenge was getting the spooling right," says Robert Warden, a mechanical engineer at Ball Aerospace and Technologies Corp., which built the deployment system. "The spools had to be compact yet allow rapid payout of a thin wire at more than 30 meters per second (70 miles per hour)."

Data taken during the test launches allowed Warden and Grimm to scale the system for a flight mission. The MTDEM prototype deployed to a distance of more than 70 meters. For Mars, a system deploying a 200-meter loop would be less than 6 kilograms mass and could detect groundwater at depths up to 5 kilometers (3 miles). Most of the instrument's mass would be in the loop and deployment system. Barry Berdanier, the Ball electrical engineer who built the MTDEM electronics, estimates that the flight electronics would comprise just a few hundred grams.

"Electromagnetic induction methods are widely used in groundwater exploration," says James Pfieffer of Zapata Incorporated, a geophysical firm that provided field support. "We have been mapping groundwater in Hawaii for many years." The main field test of the MTDEM was on Maui, where known performance could be used to calibrate the new prototype.

Grimm adds, "Subsurface, liquid water on Mars could be a habitable zone for microbes. We know that huge volumes of discharged groundwater have shaped Mars' ancient surface. Is that water still locked inside?"

The article "A time domain electromagnetic sounder for detection and characterization of groundwater on Mars" was recently published in Planetary and Space Science. The MTDEM development was funded by NASA. 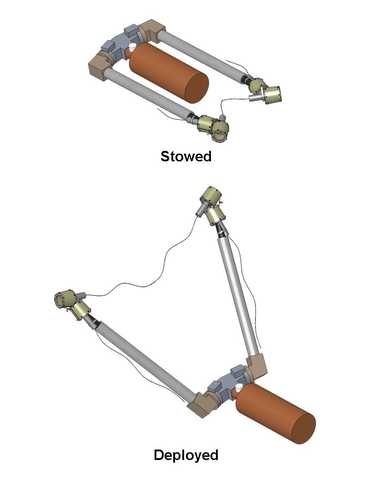 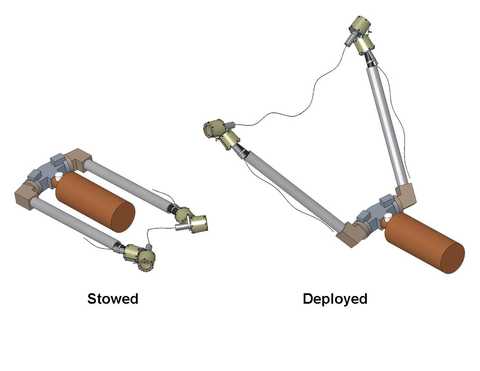