April 19, 2021 — Southwest Research Institute has been awarded a grant from the Federal Aviation Administration (FAA) to continue a research program to improve the safety of commercial aircraft engines.  The grant is planned to be a four-year, $4.5 million cooperative agreement to develop improved damage tolerance and risk assessment methods for critical life-limited engine parts.

SwRI has collaborated with the FAA since 1995 to improve the safety of commercial aircraft, particularly in assessing the risk of fracture of engine rotors. The Probabilistic Integrity and Risk Assessment of Turbine Engines (PIRATE-3) program is now in its third phase, following three previous research grants. The FAA started this research in response to an accident at Sioux City, Iowa in 1989 caused by the uncontained fracture of an engine fan disk that resulted in the deaths of 112 people.

“Incidents like Sioux City are extremely rare, and for 25 years SwRI has been working with the FAA and industry to make them even rarer,” said SwRI’s Dr. Craig McClung, PIRATE-3’s principal investigator (PI). “If there’s an anomaly that could cause a crack in the engine, we use computer simulations to determine the probability that it will lead to a failure.”

“DARWIN is based on what we know about how cyclic stresses and temperatures affect the cracks resulting from any material or manufacturing anomalies that might be present,” McClung said. “Starting from the probability that an anomaly occurs in the engine rotor and is not detected, we use DARWIN to predict the probability of fracture during the entire lifetime of each engine over the whole fleet of engines.”

DARWIN is utilized by aircraft manufacturers across the globe to ensure the engines they create are resistant to dangerous cracks. It helps the designer to visualize and manipulate a three-dimensional component model, identifying locations where a crack might initiate, slicing the model along the plane where this crack is most likely to grow, and determining the stresses on this plane that will govern the growth rate of the crack.

“DARWIN is mainly utilized at the engine design stage,” McClung said. “The industry needs to predict what’s going to happen before they put several thousand engines into service, and the FAA requires that they show an acceptably low fracture risk before they are even allowed to put the engine into service. Anomalies are extremely rare, and fractures are even rarer, but we’re trying to prevent them from happening in the first place with better design methods.  Other research teams have been developing better manufacturing methods and better inspection methods.”

The work of McClung and his colleagues has continued to evolve as new incidents occur. The Sioux City accident was caused by an anomaly in a titanium engine rotor, and early research focused on factors that led to that incident. In 2016, a disk fracture and resulting engine fire at Chicago’s O’Hare International Airport was caused by a material anomaly in a rotor made from a nickel-based alloy. That event is currently driving much of the PIRATE-3 program.

“Each time there is a new kind of threat, a different kind of anomaly that causes a serious accident, we want to learn from it and reduce the possibility that it could ever happen again,” he said. 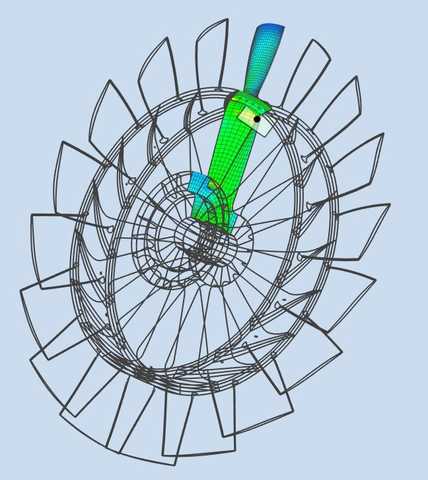