June 22, 2020 — NASA has approved the Tandem Reconnection and Cusp Electrodynamics Reconnaissance Satellites (TRACERS) mission to proceed to Phase B, which marks the transition from concept study to preliminary flight design. The satellites, led by the University of Iowa (UI) and managed by Southwest Research Institute, are set to launch in late 2023.

In addition to providing mission management and science services to UI, SwRI is developing the Analyzer for Cusp Ions (ACI) instrument, which will study how the magnetic fields of the Sun and the Earth interact through novel measurements in the polar cusps. Under a subcontract to Millennium Space Systems, SwRI is also managing the development of its two satellite bus platforms, supporting instrument integration and testing, and conducting mission operations.

“TRACERS is an exciting mission,” said SwRI’s Dr. Stephen Fuselier, a mission co-investigator leading the development of the ACI instrument. “We had the opportunity to do a test run of the mission and ACI when we flew NASA’s TRICE-2 rockets in 2018 as a part of the international, multi-mission “Grand Challenge Initiative – Cusp” observational campaign. The data returned from that single pass through the cusp were amazing. We can’t wait to get the data from thousands of cusp passes.”

The cusp provides easy access to the Earth’s boundary with interplanetary space allowing a unique perspective on how magnetic fields all around Earth interact with those from the Sun. In a process known as magnetic reconnection, the field lines explosively reconfigure, accelerating particles to velocities reaching a significant fraction of the speed of light.

Magnetic reconnection is responsible for explosive solar events, such as solar flares and coronal mass ejections, and drives disturbances in Earth’s space environment. Such disturbances produce spectacular auroras, while the high-energy electromagnetic radiation they send toward Earth can also shut down electrical power grids and disrupt satellite-based communication and navigation systems.

“Over the planned one-year mission, the identical satellites will be outfitted with a combined total of 10 instruments to measure the plasma and fields in over 3,000 cusp crossings,” said SwRI’s Ron Black, who is serving as the TRACERS mission manager. “This will allow us to determine reconnection variability over a wide range of solar wind conditions.” 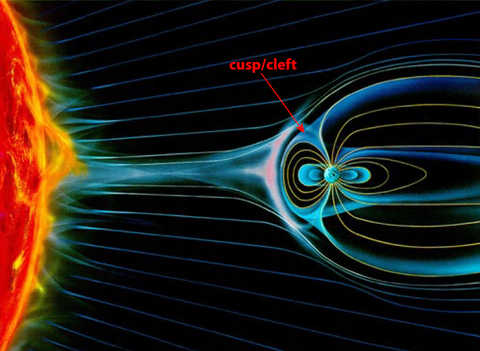 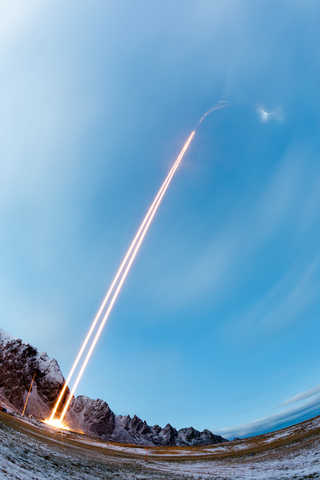