Substances found in crude oil can clog offshore drilling pipes and require costly chemicals to clear the blockage, which can then pollute the surrounding ocean.

LotusFlo coating technology is superhydrophobic, designed specifically to repel substances that often clog drilling pipes. The coating is applied to pipes under vacuum conditions through a unique process that involves linking several 40-foot sections of pipe together in very low atmospheric pressures. The coupled pipes essentially act as a vacuum chamber, with an end unit on either side of the pipe providing the vacuum source. An electrode is strung through the pipe from one end to the other and suspended in the middle of the pipe.

Volatile molecules introduced into the evacuated pipe are electrically stimulated to produce highly ionized gas molecules, or plasma, along the length of the pipe structure. This causes chemical precursor molecules to form other ions in the plasma, which are then accelerated very rapidly onto the internal surface of the pipe. When the ions collide on the interior surface, they undergo a polymerization reaction that creates a partially inorganic coating. This glass-like coating is what keeps materials from adhering to pipe surfaces.

“SwRI seeks solutions for the world’s most complex problems,” said President and CEO Adam L. Hamilton, P.E. “We are committed to continuously improving the world around us through innovation, and it’s an honor to see the Institute recognized for those efforts at what is widely known as the ‘Oscars of Innovation.’ Since 1963, SwRI has won 45 R&D 100 Awards.” 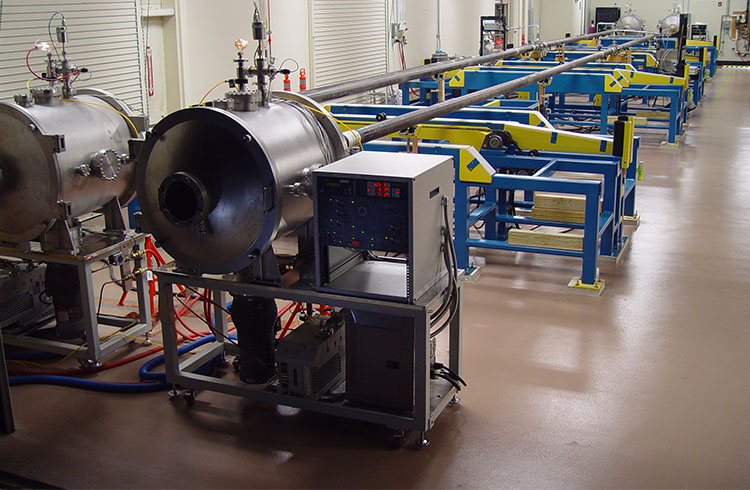 SwRI applies the LotusFlo superhydrophobic coating, which prevents materials from occluding the flow of oil, to a series of offshore drilling pipes. 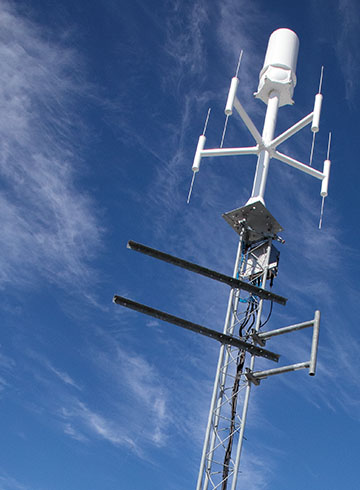 “To cover so much bandwidth, most DF antenna products need three separate arrays. The patent-pending sleeved electric dipoles we developed cover 80% more bandwidth than conventional dipoles,” said Brandon Nance, a manager in the Defense & Intelligence Solutions Division and the principal developer of the AF-369 antenna. “This improves direction-finding sensitivity tenfold over a significant part of their frequency coverage. That is, we can get the same performance with 10-times weaker signals. And because we are doing more with fewer antennas, the complexity and the overall costs of the antenna system are reduced.”

Direction finding is performed using antenna arrays made up of multiple antenna array elements to sample the incoming wave field. Frequencies typically used for line-of-sight communications are spread across the 20 MHz to 3 GHz RF spectrum, a tremendous amount of bandwidth to monitor.

To monitor this broad spectrum requires multiple arrays, each with elements designed to cover a smaller sub-band of frequencies. Each sub-band typically uses between five and nine antenna elements, with the total number required to cover the full frequency range increasing with the addition of each sub-band. The cost of each DF antenna array, as well as the complexity of the RF receiving system connected to it, drives up costs for both the antenna itself and the system as a whole. SwRI’s innovative sleeved electric dipoles for the AF-369 antenna reduce the number of arrays necessary to monitor a similar amount of bandwidth, thereby lowering the cost of the entire system and simultaneously improving its performance.